But what if it just travelled back in time to before copyright laws existed? 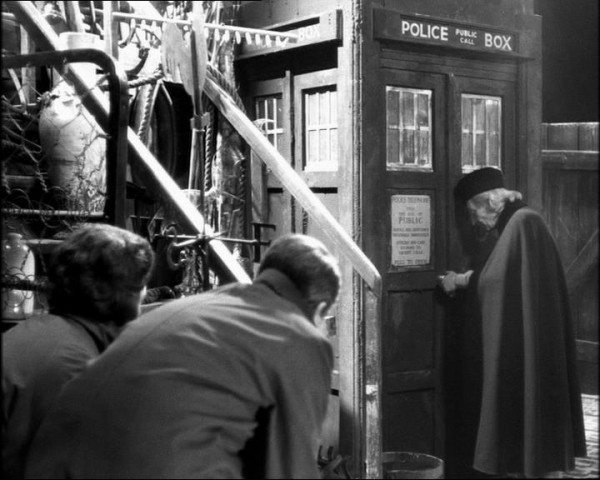 Another day, another person suing the BBC for copyright over a beloved Doctor Who character or property. Now we’ve got a new contender — Stef Coburn, whose father wrote the very first episode of the show that aired back in 1963, believes he’s entitled to the copyright for the TARDIS.

According to Stef, Anthony Coburn, who wrote “An Unearthly Child,” supposedly told his family over the dinner table that he was personally responsible for coming up with the idea for the now-iconic time machine. He also claims that Coburn Sr. had an informal agreement with the BBC that expired upon his death in 1977, and that the rights should have transferred over to his widow, Stef’s mother. Earlier this year she supposedly passed it onto him, which is why he’s now chosen this opportunity to seek compensation for every use of the TARDIS since his father’s death. Yesirree, it definitely has nothing to do with the 50th anniversary coming up or anything like that!

Time will tell if this lawsuit Coburn’s cooked up will go anywhere, but we suspect that it probably won’t. For one thing, an “informal agreement” doesn’t exactly hold up very well in a court of law. For another thing, it’s unclear whether or not this even falls under copyright protection in the first place — as Mike Masnick from TechDirt notes, copyright protection is typically meant for expression, not for ideas. “If there is a legitimate copyright, would it even have belonged to Coburn and not the producers of the show he was hired to write for?” And finally, there’s no way to prove that it was Coburn specifically who came up with the TARDIS idea, or how much of it can even be credited to him in the first place; most sources only credit him with the Police Box exterior.

As we alluded to earlier, this isn’t the first time someone has petitioned the BBC for copyright. A few years ago, Steve Clark claimed he’d invented Davros, the leader of the daleks, for a TV Action Magazine contest back in the ’70s, for which contestants were asked to create their own comic strip villain. While the contest was separate from the TV show, Third doctor Jon Pertwee, script editor Terrance Dicks, and producer Barry Letts were all judges on the panel. As of now the proceedings are still ongoing, mostly because nobody can figure out whether or not the drawings Clark has submitted as evidence were actually sketched when he said they were.

Clearly the moral of the story here is to petition for copyright as soon as you’re able to, rather than wait around for the IP you’re invested in to get ridiculously popular again and be able to afford a bunch of lawyers. Just imagine — if both these guys had made a stink, like, 15 years ago, they probably would have gotten some pretty decent settlements. At the very least they’d have less cynics waving them off as money-grubbing opportunists.

(The Independent via TechDirt, image via BBC)