The allure of Capaldi was too strong. 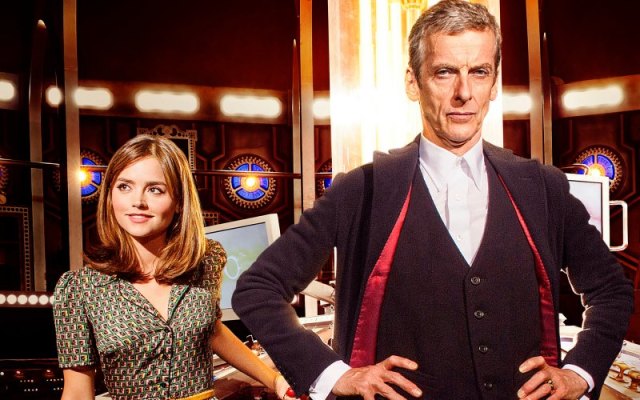 Did you watch the Doctor Who season 8 premiere “Deep Breath” (recap here) on Saturday? So did a bunch of other people: The episode was BBC America’s highest-rated season premiere ever.

2.2 million people watched the first airing of the episode, and if you add in the stragglers who watched one of the two replays, the cumulative number climbs to 2.58 million. In addition, reports the official press release:

From 8:00-10:00pm, Doctor Who ranked as the #1 program in all of cable among total viewers and A25-54. BBC AMERICA was the #1network and Doctor Who was the #1 show in all of television on Twitter and Tumblr for the day [A/N: I am Jack’s complete and utter lack of shock]. Over 1 million total viewers Live+SD Cume* [aka EVERYONE, cumulatively] tuned in for BBC AMERICA’s new eight part paranormal thriller, Intruders, which helped deliver BBC AMERICA its highest ratedSaturday night ever.

I must confess that I am not one of those 2.58 million—I’ve been off the Doctor Who train for a while, but I love Peter Capaldi’s starring turn in The Thick Of It enough that I’ll give season eight a shot. I’m just really bad about watching episodes as they air. The full season of Hannibal I have on my computer can attest to that. I assume Twelve’s eyebrows launched themselves off of his forehead and defeated an assembled army of Daleks, Cybermen, and anthropomorphic Toaster Strudels. Right?