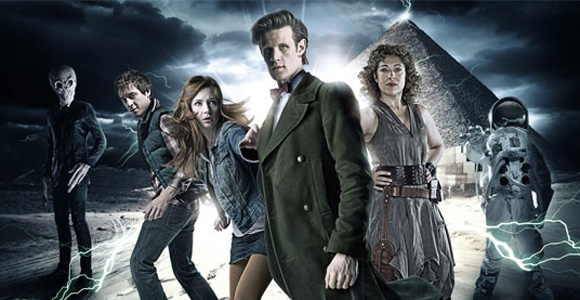 We love Doctor Who and we’re pretty sure a fair amount of you do too so as a special holiday gift, we’re holding a contest for you to win Doctor Who: The Complete Sixth Series on DVD! Hit the jump to find out how to enter!

Join Matt Smith and Karen Gillan as they return to time traveling with Arthur Darvill and Alex Kingston. The Impossible Astronaut, Rebel Flesh, The Neil Gaiman-penned The Doctor’s Wife, Let’s Kill Hitler and The Girl Who Waited are just some of the fantastic episodes from season six you’ll see on the DVD. Special features include:

So, what do you have to do to win? Get on Twitter! (it’s free to sign up if you don’t already have an account) Follow @The_MarySue and tweet exactly this: #KissMyTARDIS! I want Doctor Who The Complete Sixth Series on DVD @The_MarySue! http://bit.ly/u27uzU 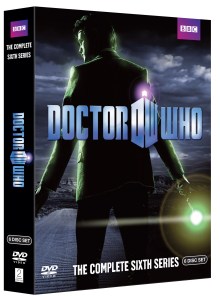 You MUST be following us on Twitter to win and tweet that message out by Wednesday December 14, 2011 at 11 A.M. EST. Only one entry is allowed per person and the contest is open to U.S. residents only. Good luck!

Doctor Who: The Complete Sixth Series plus Doctor Who: Series Six Part 1 & 2 are all available now on DVD & blu-ray!