New Doctor Who Trailer: We Dare You Not to Fall in Love With His New Companion, Bill 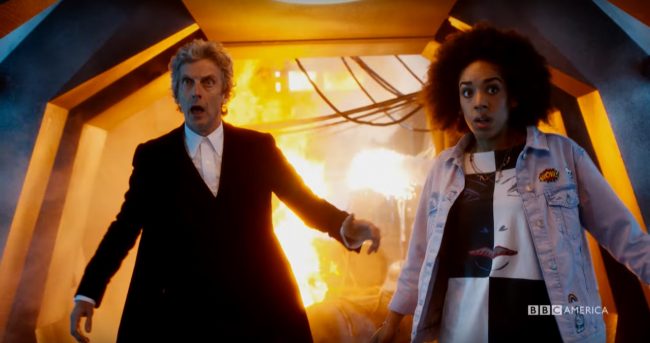 It’s short, but damn is it sweet.

We recently got a rad preview of the upcoming season of Doctor Who, which just so happens to feature a brand new companion for the Doctor–as well as a slew of brand new adventures for the pair of them. This trailer focuses pretty solidly on both, but it’s also an excellent look at Bill and her take on things as she introduces herself and their capers.

It’s about as frenetic a pace as one can expect from some of the more thrilling Doctor jaunts, and let me tell you, it’s got me plenty stoked about what’s to come. I mean, for starters, Bill just seems totally rad. I really dig her style, and her excitement about things (at least as shown in this trailer) is pretty darn infectious. That being said, that tends to happen with most new companions, as we’ve come to learn. So, I guess, we can expect one of two things to happen: that excitement compounds and she becomes a real positive influence on the Doctor, or that excitement is slowly crushed under the inexorable slow march towards moodiness that the Doctor can never seem to avoid.

I’ll give you one guess as to which one I’m hoping for. (Hint: I like Bill. I do not want to see Bill sad.)

Anyway, this season also marks showrunner Steven Moffat’s final season of Doctor Who, with Chris Chibnall of Broadchurch fame coming on to helm things next time around. As well, last we knew, Peter Capaldi is still on the fence as to whether he wants to return to the show or not past this season, so… big changes are afoot no matter how you look at this show.