Doctor Who Recap: “Mummy on the Orient Express” 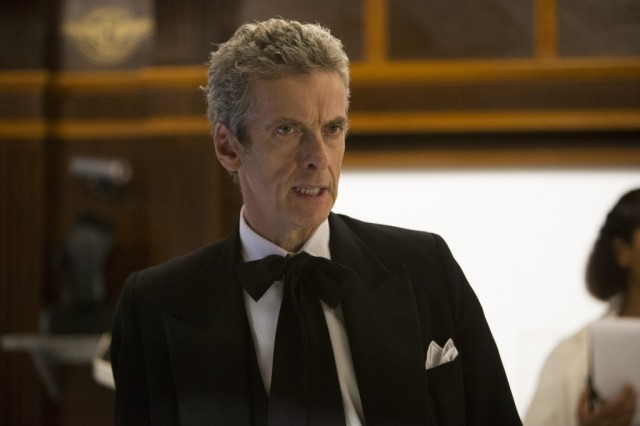 We continue this season’s trend of throwing in nods to past incarnations of The Doctor. This time it’s a William Hartnell tie (and latter an offer of jelly babies) worn on the space version of the Orient Express, where we soon find out The Doctor and Clara have arrived for their last adventure together. The Doctor remarks on Clara’s “sad smile,” and we’re offered a bit of what made her go from furious to this. “I don’t hate you, but I can’t do it anymore,” she says while remaining hopeful he’ll still come around for dinner sometime. The awkward conversation is luckily interrupted by a phone call from Danny back at home.

Of course this last adventure won’t be a simple, relaxing journey. An old woman on the train has died after claiming to see a mummy onboard, and The Doctor knows she may just be right. Trying to keep their adventure calm, he sneaks out of his sleeping car and decides not to tell Clara. But she’s got the companion itch and is up and out herself. On her path, Clara meets Maisie, the daughter of the woman who died. They have, well, some really good woman-to-woman talks about her decision to “break up with” The Doctor. I would have loved to see Maisie a bit more developed, but let’s face it, I’m just happy Clara is getting some development this season. Anyway, they get locked into a train car with what appears to be a sarcophagus.

On his path, The Doctor meets Perkins, the train’s engineer who absolutely seems like he’s up to something. But then again, so does The Doctor. My initial thought was Perkins actually engineered the whole thing. However, his curious involvement never really amounts to much of anything substantial. He and The Doctor do talk out the mystery before them: The wheelchair Maisie’s grandmother used was installed with a “life extender,” meaning she really shouldn’t have died. 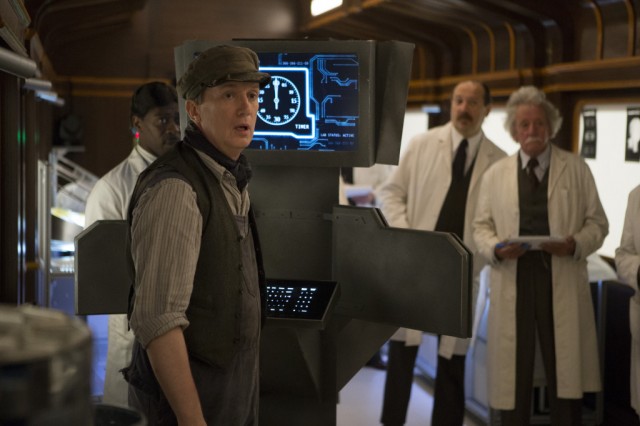 The Doctor goes on to chat with Professor Moorhouse (while noticing there are a lot of “experts” on things on this train) and tells the story of the Foretold, a mummy said to kill its victims exactly 66 seconds after it first appears to them. It’s said it can be stopped by some sort of riddle or special phrase. Another victim is killed, and The Doctor takes up the issue with Captain Quell, who has his own list of problems. Namely mystery shoppers. The Doctor plays along with his psychic paper reveal and attempts to release Clara and Maisie, except his sonic seems to be held back by some sort of suppression field.

When another passenger is murdered by the mummy, the train’s artificial intelligence, GUS, is revealed to be evil. Duh! Thinking just a bit more about their current predicament, the Doctor realizes all of those smart folks on the train are there to solve the mystery of the monster. GUS reveals the true look of the train (a laboratory, basically) and that half the passengers were just hard light hologram filler. They realize there’s going to be an attack just after the lights flicker and use their next opportunity to try and learn more about the creature. Professor Moorhouse goes next and only manages to maintain some decorum for half the experience.

The Doctor works out that the mummy is leeching all energy out of its victims like a vampire and is slightly out of phase with the rest of the passengers. He also realizes the mummy is picking off the weakest people first, which means the Captain, with his post-traumatic stress, is next. Clara and the Doctor discuss Maisie’s status as the next victim. Clara knows the Doctor won’t be able to save her new friend’s life, only study her experience to figure out an ultimate solution, but she lies to Maisie all the same and tells her “he can save you.”

This isn’t the first time GUS has tried to solve the mummy mystery. Paperwork is discovered that reveals many attempts, but they’ve got little choice but to press on. Clara and Maisie make their way to everyone else, and Clara realizes how stupid she’s been to fall for the Doctor’s usual tricks and to make her an accomplice. But there’s little time to argue. Maisie sees the mummy, and the Doctor figures out a way to transfer her woes to himself and redirect the attack. He makes some overly quick connections between markings on the mummy and some on a scroll hanging in the car and realizes the mummy was a soldier wearing ancient camouflage. The only proper response to get the mummy to stop? “We surrender.”

In our final scene, we’re back in the TARDIS and this Perkins dude is considered as a Companion for about half a minute. Until he’s like, nah, this would probably be a really bad idea. It leaves Clara and the Doctor to discuss their relationship status. “You were just pretending to be heartless,” says Clara, regarding putting Maisie in harm’s way. The Doctor is basically like “whatever lets you sleep at night, kid,” but he actually goes on to say something poignant: “The only choices you have are bad ones, but you still have to choose.” Danny interrupts once more to be like “Hey, did you do that whole breakup thing yet?” Clara says yes, that she’ll be home soon, and then proceeds to tell the Doctor Danny is totally OK with her still traveling as long as she’s home on time and safe. 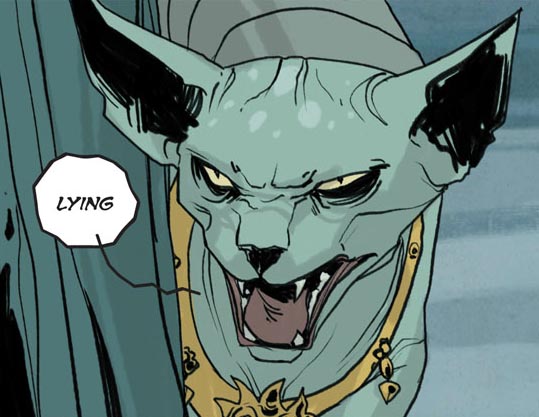 I really enjoyed this episode as a standalone adventure. However, I did feel it was a bit rushed in the end. I realize the monster’s 66-second kill timeframe made for some fast calls, but the overall “solved it!” moment went by too quickly for me. Like many of you, I’m sure, I was wondering how Clara would even be in this episode after last week’s blow out, but that’s a testament to her denial of the whole situation. I wish she’d gotten to do more, as always, but surprisingly the episode didn’t get bogged down with the drama and let us get caught up in the mystery. Where we’ll go from here is anyone’s guess. But it’s important to note among the numerous individuals who died this week, none of them wound up in The Promised Land. Or at least that we witnessed.