Doctor Who Recap: “Kill the Moon”

"Okay so this list reads 'The Moon' and 'Hitler'. Anything else?" 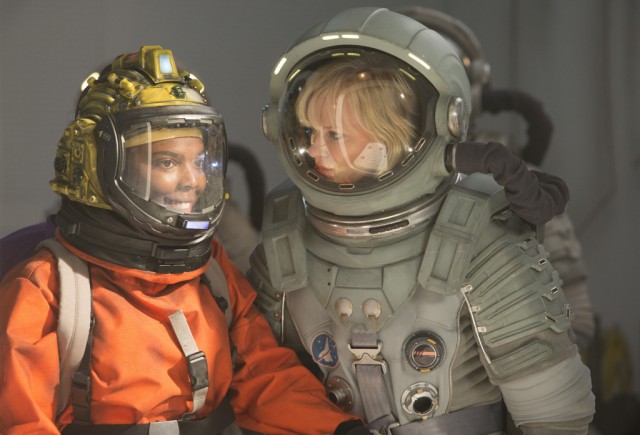 I know I might get some “you’re reading too much into it” comments for this but I don’t care. The science of this episode is all over the place but I’m going to ignore it since there’s more important things to discuss. Namely, abortion. Yeah, I’m pretty sure we just had a Doctor Who episode about abortion.

We’re on a trip to the moon in 2049 with Courtney Woods after we learn The Doctor has decided to tell a 15-year-old girl she’s not special. WTF? Courtney actually tells him he “kicked a big hole in the side” of her life. My heart sank for her. The solution to this horrific misstep as a person? Let Courtney be the first woman to set foot on the moon. Let’s forget there was already a UNIT moonbase there (mentioned in The Sarah Jane Adventures). Maybe they never actually went outside?

The TARDIS actually lands in a rocket filled with astronauts, led by Captain Lundvik, and nuclear warheads. Also, normal gravity. Apparently the moon “put on weight” (do we thank our lucky stars The Doctor didn’t reference Clara’s ass again here?) and is causing all sorts of havoc on Earth. A lot of people are already dead and they’re on third-hand astronauts to get the job done. They find all previous inhabitants of the moon, a team from Mexico, dead and the creepy crawly enemy of the episode reveals itself. The Doctor claims they’re actually germs and Courtney is able to kill one with some disinfectant spray she brought along in case she puked in the TARDIS again. 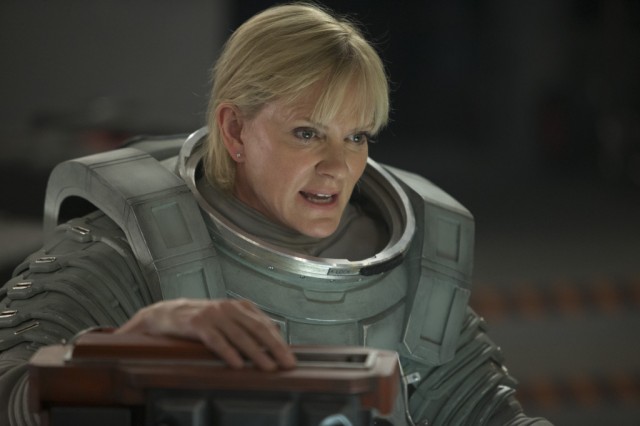 Considering the moon is in jeopardy, The Doctor informs the group this is one of those moments in time he can’t see, and that’s why he has no clue as to whether or not the moon actually exists in the future. It could be a hologram for all he knows. Really? The moon? You just…ugh, nevermind.

Anyway, long story short – the moon is really an egg and there’s a giant dragon (basically, just let me have this) waiting to be birthed inside it. “How do we kill it?” says Captain Lundvik who also specifically mentions she has no children. “We can’t kill a baby!” says Clara, who admits to wanting children in the future. I got a tickle in the back of my head here and it probably would have gone away had they not gone on to talk about “unfair decisions” and how birthing this baby could bring harm to Earth. But like, come on, this is absolutely an analogy for abortion. Don’t think so?

The next thing The Doctor does is wipe his hands clean of the entire situation. “The Earth is not my home. The moon is not my moon. It’s your moon, WOMANKIND.”

So yeah, The Doctor peaces out and Clara decides it’s too big a decision for just her, Courtney and Lundvik to make and instead decides to ask the Earth to vote – by turning their lights off (kill the baby) or leave them on (let it live). Let’s put aside the fact they didn’t have enough time to see the Earth’s full rotation to get everyones’ votes in, or that most likely it was Earth’s governments making the decision for everyone by turning on/off lights on a massive scale instead of people doing it home by home. This is the part where, in most other Doctor Who episodes in recent history, humanity would “surprise” us by voting to let the innocent creature live. Nope. They voted to kill the baby and save themselves. Which, let’s face it, is what would happen if this were happening for real.

Except Clara and Courtney decide at the very last second to ignore humanity and stop Lundvik from detonating the nukes. The read out ironically reads: “aborted.”

The Doctor shows up to rescue them all just before the birth happens and takes them to a beach on Earth where they can view it from the sky. The “shell” disintegrates instead of falling to Earth, and we never see the creature up close (budgetary restrictions I’m guessing) but it’s totally a dragon. It doesn’t swoop down to Earth to feed either, like most babies would, but drops another moon egg in its place and takes off for parts unknown. “That’s what we call a new moon,” says The Doctor before wobbling his head, bowing and exiting stage left.

But that’s not where this bizarro episode ends. It ends with Clara flipping her shit on The Doctor in what may be another instance of this Companion literally acting as a stand in for Whovians (much like she did in the season premiere this season) who are fed up with The Doctor being a right foul git. Clara threatens to smack him so hard he’ll regenerate, calls him cheap, pathetic, and patronizing and Jenna Coleman’s performance is magnificent. The Doctor says he was actually “respecting” her by letting her make the decision and I…

Clara tells him to GTFO and vents to Danny back at the school who tells her she has to not be angry before she can make her final decision to not travel with him anymore.

Some may enjoy this episode for showing a different Doctor, one they’ve certainly been developing all season. I didn’t like it, mostly because I’m just tired of him being a huge jerk. Really, really tired. His behavior is such that it isn’t pleasant to watch anymore regardless if I think the overall story is interesting or Peter Capaldi is a good actor. The Doctor is flat out mean, disrespectful to those he’s supposed to care about and shows a huge disregard to their safety. Throughout the last few episodes, he has almost no concern for Clara’s safety, leaving her to fend for herself in some pretty dire situations. And not as with other Companions, when he’s sure they’ve got the situation handled and all the information they need to make good decisions, where she’s clearly pleading for his assistance and he ignores her. I want there to be fun adventures again. Ones where the Companion is just that, a Companion, and not a useless accessory.

I felt “Kill the Moon” was rough, heavy-handed, and slightly bizarre in terms of the overall Doctor Who universe and characterization of the man we refer to as The Doctor. But hey, Tumblr got a cool shout-out.