The Ice Warriors | The Mary Sue

Remember When Doctor Who Had Dumb Looking Monsters? 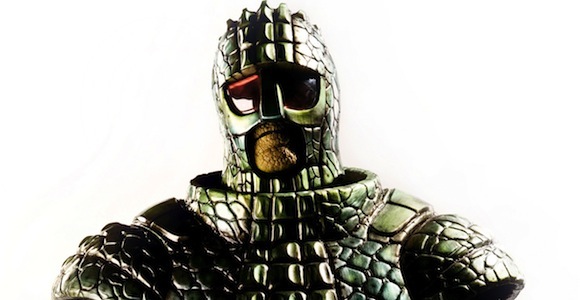 I think all fans have a responsibility to laugh along with the the little voice in the back of our heads that says, occasionally, “You are a fan of a stupid thing.” Of course I’m a fan of things that have some stupid qualities! But I wouldn’t give up on Batman just because, say, Killer Moth and Crazy Quilt exist. Or because he got lost in time once and was impregnated with Omega particles that would destroy all time and space once he reached the present, and that was right after he escaped a brainwashing by reverting to a back up personality he’d installed in his own brain that called itself the Batman of Zur-En-Arrh.

Or something like that. It was stupid. And it is in that spirit that I call this recently revealed redesign for the classic Doctor Who monsters the Ice Warriors wonderfully stupid. Whovians, I’m looking forward to incorporating even this stupid thing into my fandom for Doctor Who. Full picture below: