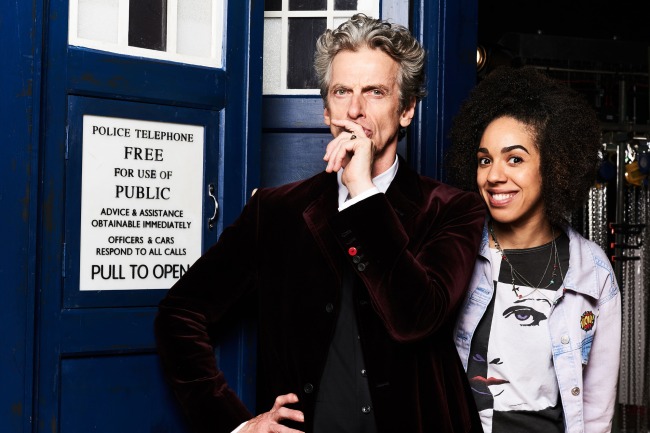 In the vast galaxies of Doctor Who, LGBTQIA characters aren’t new. Captain Jack Harkness, omnisexual extraordinaire, even got his own spin-off, Torchwood, where he was in a relationship with a man. River Song had a wife. But these portrayals have always been tied to guest stars. Now the BBC has announced that the Doctor’s new companion will be openly gay—no ifs, buts, or timey-wimeys about it.

We were already excited for Pearl Mackie to make her debut as the Doctor’s latest travel buddy, Bill Potts, and now we’re even more jazzed up. According to the Beeb, “Bill Potts’s sexuality will be revealed pretty much straightaway in her second line of dialogue when the show returns to BBC One on 15 April.”

Nice. I love that they don’t save this as some kind of big reveal and that it’s just, quite simply, another part of who Bill is. Bonus points: we’ll be spared another companion making calf-eyes at the Doctor.

Pearl Mackie, currently in the running to be my new best friend, had some great insights on the matter, and on the importance of representation as a whole:

“It shouldn’t be a big deal in the 21st Century. It’s about time isn’t it? That representation is important, especially on a mainstream show. It’s important to say people are gay, people are black – there are also aliens in the world as well so watch out for them. I remember watching TV as a young mixed race girl not seeing many people who looked like me, so I think being able to visually recognise yourself on screen is important. [Being gay] is not the main thing that defines her character – it’s something that’s part of her and something that she’s very happy and very comfortable with.

I’m not crying, you’re crying. I guess if Doctor Who still won’t give us a Lady Doctor, stepping up its diversity is at least a start. Over at Autostraddle, Heather Hogan inspires yet more hope for the long-running show’s upcoming season. She points out that Doctor Who‘s showrunner will not be not the much-contested Steven Moffatt. Instead, it’s Chris Chibnall, also now in the running to be my best friend:

He was basically the showrunner for the first two (best and gayest) seasons of Torchwood. He created and managed Broadchurch. And he helped develop Merlin (your Katie McGrath origin story, Supergirl Supercorp shippers) for the BBC. He knows what he’s doing and he has a solid track record of doing right by the gays.

I’m extremely curious to see how Doctor Who handles Bill’s sexuality going forward. It’s become trendy to make a big announcement about the queerness of a character in the media, and then not do much with it. But I’m willing to give the BBC, Chibnall, and Mackie the benefit of the doubt for now. Bring on Bill. I think we’re going to be pals.

(via Autostraddle, image via the BBC)