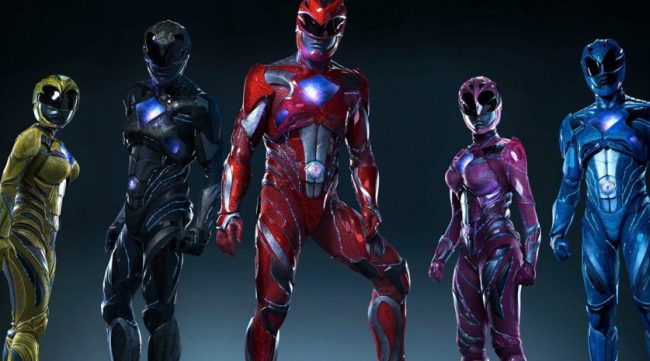 The new hot trend in blockbuster movies appears to be the revelation, before release, that a character will not be strictly heterosexual. Star Trek Beyond made headlines with Sulu, Beauty and the Beast had an international brouhaha over LeFou’s blink-and-you-miss-it “gay moment,” and now it’s Power Rangers‘ turn.

The Hollywood Reporter reports that the Yellow Ranger, Trini (played by Becky G), is “coming to terms with her sexual orientation.” Apparently, it’s another defining “moment,” wherein the default assumption of heterosexuality is upended: someone assumes Trini is having boyfriend problems, then realizes that “perhaps she’s actually” having girlfriend problems. It’s unclear whether Trini ever confirms or denies this extrapolation, but apparently, this sort of development is now constituted as huge.

It’s a small moment, but one director Dean Israelite calls “pivotal” for the entire film.

Don’t get me wrong: I want all of the LGBTQIA representation humanly imaginable, and even small baby steps are still steps. It’s certainly more than what would have existed in blockbusters when I was a kid. But I’m growing tired of tiny nods that are supposed to be “pivotal” because directors and studios have finally come to the dazzling conclusion that audiences are ready for a wider spectrum of representation.

What would excite me a lot more about the Trini news would be if she were just already out and comfortable—not “coming to terms” with anything.

“For Trini, really she’s questioning a lot about who she is,” Israelite tells The Hollywood Reporter. “She hasn’t fully figured it out yet. I think what’s great about that scene and what that scene propels for the rest of the movie is, ‘That’s OK.’ The movie is saying, ‘That’s OK,’ and all of the kids have to own who they are and find their tribe.”

I feel a little bad for raining on what seems like a well-intentioned parade. I do hope that Trini’s “pivotal” moment is handled well and doesn’t spiral into bigots in Alabama banning the movie. If Power Rangers really portrays Trini’s orientation with grace, all the more shame on Marvel and DC (who have been churning out superheroes on the big-screen for years that don’t match the diversity in comics) for not stepping up sooner. But I am frustrated by these passing glances at LGBTQIA characters, barely let out of the celluloid closet before the door is snapped closed again.

It’s now fine to look at them head-on, the studios seem to be saying, but only for a moment.

(via The Hollywood Reporter, top image via Lionsgate)