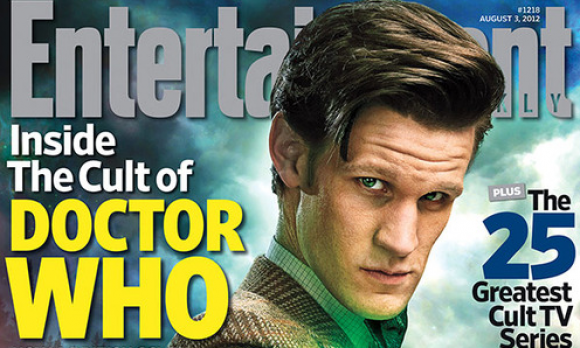 We love us some Doctor Who. In fact, large parts of the internet love Doctor Who so much that it’s easy to forget that it was only relatively recently that the show started making waves with more mainstream audiences in the United States. But it certainly has, and we for one are glad about it. For one, we have more people to geek out about it with. And for another, it means that we get to see Eleven on the cover of Entertainment Weekly–a publication that, before this week, had never featured a British show so prominently.

It could be said that the U.S. is going through a sort of Anglomania at the moment with its entertainment. Sherlock, Downton Abbey, Doctor Who; mention one or all three of these U.K. shows while gathered around the proverbial water cooler and you’re bound to get at least one shout of “I LOVE THAT SHOW!”

Call it the power of Netflix, call it people getting tired of American TV, call it whatever you like: Bowties are cool, and now a lot more people know it. If that means even more publications getting us scoop on the upcoming seventh season, we’re game.

Here’s a full shot of the Entertainment Weekly cover: 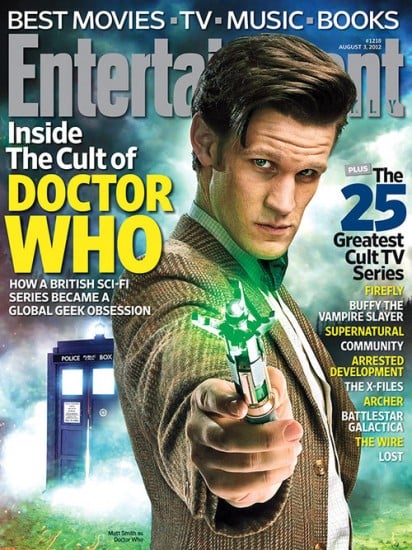 Speaking of the seventh season, we now have less than a month to go before the mind-bending and wibbly-wobbliness begins. The season premieres in August with “Asylum of the Daleks,” and with it will air the first of four new, Who-centric specials. According to Screenrant,  they’ll be “mixing educational elements of documentaries with the relaxed fun style that the previousDoctor Who specials of last year exhibited.”

Here are the episode descriptions for the specials:

Look, all we really need is for them to sit down and explain in plain and simple detail all the questions we still have over what the hell happened in season six, because yes, it is indeed a “big timey-wimey ball of confusion.”

(via Doctor Who Tumblr, Screenrant)

(GIF via find the path that is your own)