Doctor Who Got Complaints For Being Too Dark, And The BBC Is Like, “Dude, Have You Ever Seen Classic Who?”

Finally, the Capaldi we deserve. 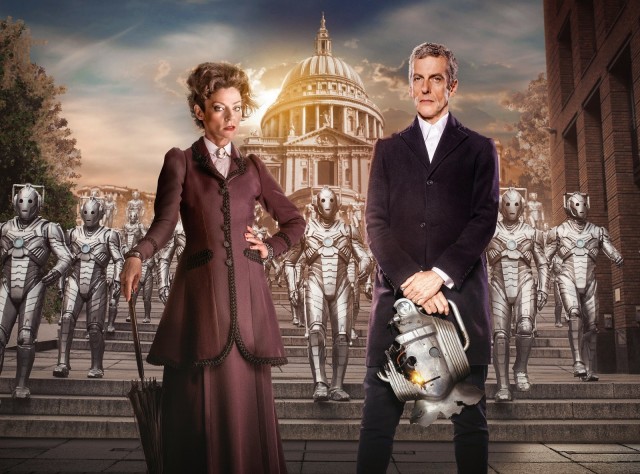 After last week’s episode of Doctor Who, “Dark Water,” the BBC was plagued with over a hundred complaints about the disturbing nature of the plot. Mild spoilers to follow if you haven’t seen the episode.

In “Dark Water,” Missy and her crew at 3W inform the Doctor and Clara that, after you die, you continue to feel things that happen to your physical body – including the intense pain of cremation. Though it’s later revealed that Missy has been interrupting and collecting human consciousnesses in their dying moments, there’s no doubt that the thought of feeling yourself decay for eternity is pretty messed up.

But the BBC doesn’t have a problem with the current direction of the show. They released the following statement as a response to the complaints:

“Doctor Who is a family drama with a long tradition of tackling some of the more fundamental questions about life and death,” the broadcaster said in a statement. “We were mindful of the themes explored in Dark Water and are confident that they are appropriate in the context of the heightened sci-fi world of the show.”

The BBC goes on to clarify that, though 3W says the dead experience pain, it’s later revealed in the episode that this is entirely false; it’s merely part of Missy’s big cyber-scam. And yes, the episode was dark – even I was a bit disturbed – but a large part of me was like finally. These are the Peter Capaldi storylines we deserve — and, I would argue, not particularly darker than Tennant at his most distressing. So ignore the complaints, BBC. You keep doing you.

Except perhaps with a new companion and showrunner, but that’s a different issue entirely.