Will Clara Leave During Doctor Who Christmas Special? | The Mary Sue 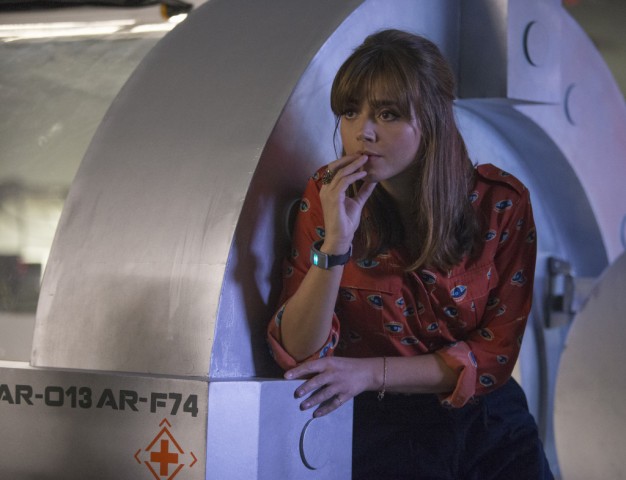 At least one Doctor Who mystery will likely be solved — or at the very least — come this year’s Christmas special: The fate of Jenna Coleman and, by extension, Clara. Coleman’s status has been up in the air for a while, with things getting curiouser when Peter Capaldi signed on for Season 9 while Coleman…did not. So what’s up? Seems we’ll find out soon enough.

A spokesperson for the BBC reportedly told Radio Times that those curious about Coleman’s future with the show “will have to watch the Christmas episode to find out!” Unless they’ve decided to take this whole teasing thing to whole new contract-delaying, behind-the-scenes levels I’d venture we’ll be saying goodbye, but who knows, they could surprise us.

If you want to parse some of Coleman’s own words for hints, here’s what she told Digital Spy in a recent interview when asked how she wants Clara to be remembered:

I don’t know yet. I don’t know. To be honest, it’s hard when you’re in the middle of it… we’ve still got the Christmas episode to come out.

And on Clara’s moving on prospects:

I think she’s addicted to [the Doctor] and the life and the TARDIS and I don’t think there’s really a way back for her now that she’s had a taste of this life and him. I don’t really think she could go back to just having a normal life again.

What do you guys think? Are we hanging onto her for a little while longer or is she already half out the TARDIS door?