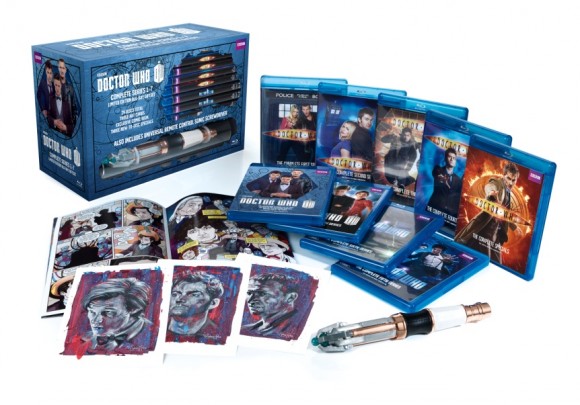 A few months back, I posed a query to Twitter asking if anyone knew of plans to release the Christopher Eccleston and David Tennant Doctor Who seasons on blu-ray. Many told me it would never happen because of technical reasons I couldn’t quite grasp (they can put Hitchcock films on blu-ray, why not something from 2005?) but I held out hope considering, you know, the 50th anniversary is a great opportunity to sell stuff. Lo and behold, an email from BBC Home Entertainment landed in my inbox with news of a giant blu-ray release. Hit the jump for details.

You’ll also get special features: “The Doctor Who Ultimate List of Lists” from BBC AMERICA’s The Brit List, Doctor Who at the Proms 2010, Doctor Who: The Best of the Christmas Specials. And then there are the things you can hold! 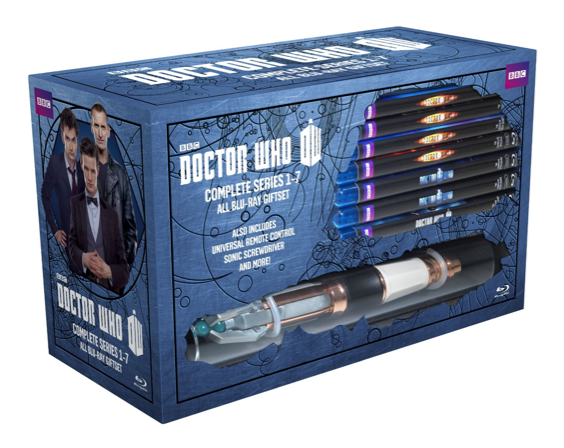 Doctor Who: The Complete Series 1-7 Limited Edition Blu-ray Gift Set will be released on November 5, 2013, with a suggested price of $349.98, but is already available for pre-order on Amazon.