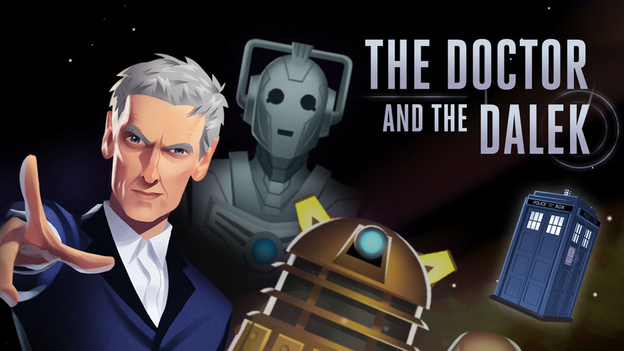 The BBC is doing the U.K. primary educational system a big break, setting the Doctor up against his biggest challenge yet: teaching the U.K.’s new programming core requirements.

The game comes as part of an initiative on the BBC’s part to engage in a different large-scale educational project every year. This year’s was World War II, but starting in 2015, the BBC will shift focus to support England’s new Computing curriculum for primary and secondary schools through a variety of multi-media programming. And that includes The Doctor and the Dalek, an online game featuring the voice of Peter Capaldi and plenty of characters from Doctor Who. The game was written by Phil Ford, whose previous credits include “Doctor Who and Wizards vs Aliens,” and will feature the Doctor in an uneasy alliance with a Dalek (a somewhat familiar situation for viewers of this season’s episodes).

The game will also feature a bevy of logic and programming puzzles, so start planning your 2015 procrastination schedule. The real question is: will it become a new generation’s The Logical Journey of the Zoombinis?