Bioengineers Inject Cockroaches with DNA Nanobots, Time to Surrender to Our Insect Overlords

This is probably not the greatest idea, but okay. 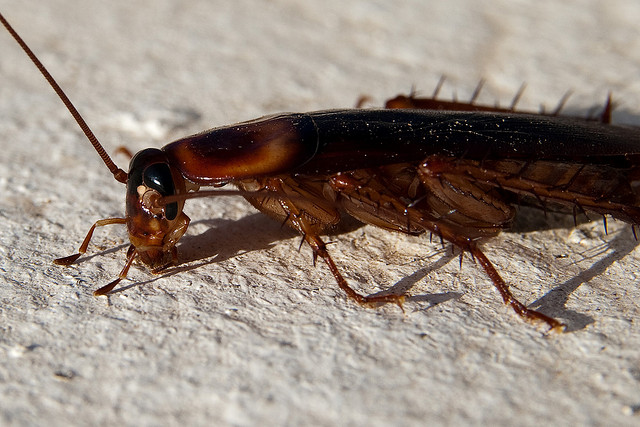 It seems to be universal knowledge that if were ever invaded by aliens, cockroaches would most likely survive. Cockroaches will probably survive anything apocalyptic as proven in Fallout 3 after having to fight off those oversized nightmares. However, scientists thought it would be a swell idea to inject cockroaches with DNA nanobots.

The nanobots are also called “origami robots” because they fold and unfold strands of DNA. The cockroaches should be able to function like little computer and perform various simple tasks. The DNA nanobots have been programmed to interact with each other and move around inside of the cockroaches. So far as we can tell, these super cockroaches are meant for dispensing drugs.

Although the intentions of bioengineer, Daniel Levner at the Wyss Institute at Harvard University and co-author, Ido Bachelet of the institute of Nanotechnology and Advanced Materials at Bar Ilan University, seem to be in the right place in regards to the medical advances this possibly leads to, no one considered the dangers of computer controlled cockroaches. Do we really need to make them more invincible than they already are? Let’s not forget they can also live without their heads for a little while.

How long will it take for some deranged maniac with the controls to decide to take over the world using cockroaches? Or even worse, what if they develop AI and we can’t even control them anymore?