Like a cartoon light bulb, but with more genetic engineering and neuroscience. 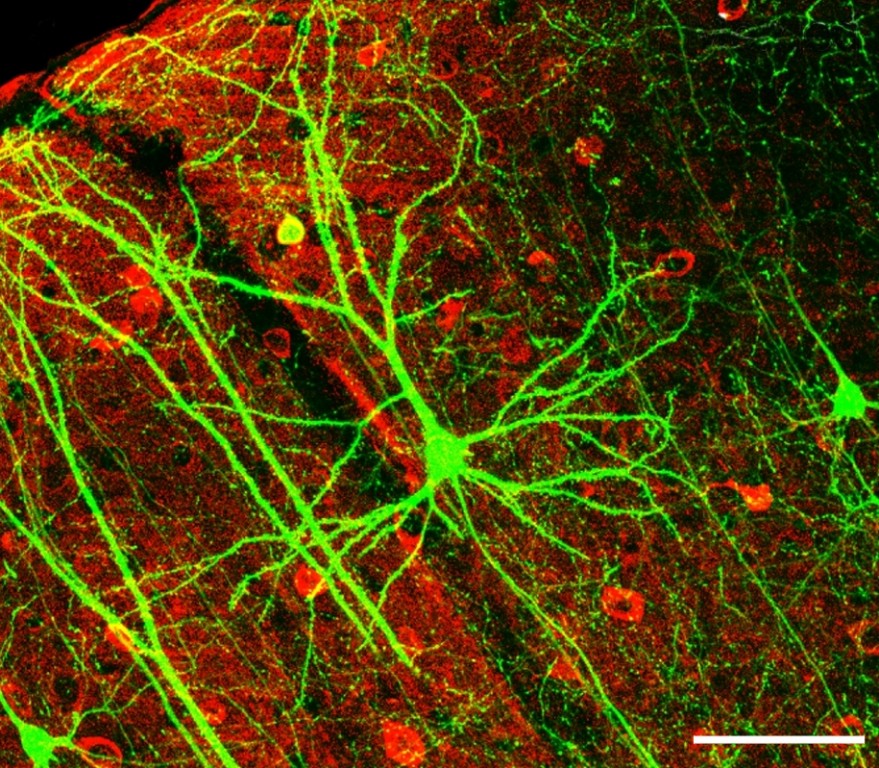 We know that electricity drives neural impulses in the brain, forming complex networks of neurons, but it’s still difficult to trace the electrical activity of the nervous system. Scientists at the Yale School of Medicine have developed a fluorescent protein that may provide a more effective way to map the electrical impulses in brain cells.

In an article published in the journal Cell entitled “Genetically Targeted Optical Electrophysiology in Intact Neural Circuits”,  Michael Nitabach and Vincent Pieribone used a protein they developed called ArcLight, which is a genetically encoded fluorescent voltage indicator (GEVI). GEVIs light up in the presence of electrical activity, but Pieribone’s team says that “no currently available GEVIs have demonstrated robust signals in intact brain tissue that enable reliable recording of individual electrical events simultaneously in multiple neurons.” In contrast, when fruit flies were genetically engineered to produce ArcLight in their neurons, they got very accurate results in using the protein’s fluorescing to track jumps in electrical potential that indicate specific brain activity.

In particular, the protein was made to react to impulses related to the flies’ sense of smell and their sleep cycle. Through a microscope, scientists could actually see the brain cells in action as a fly’s sense of smell was triggered, and record the ensuing brain activity. When the flies were put through a day-night cycle complete with raising and lowering lights to simulate the time of day, the ArcLight showed the neurons governing their internal clock activating to tell the insects when to get up and when to sleep.

Using this method lets us observe electrical signals in living brains, and has the potential to make mapping the brain a lot easier. Furthermore, once we know which individual signals do what in the brain, we can instantly recognize what problems are caused by drug use or illnesses and figure out how to fix them.