Pixar May Be Making A Star Wars Movie | The Mary Sue

Rumor: Pixar May Be Making A Star Wars Movie

This is not the money mill you're looking for. 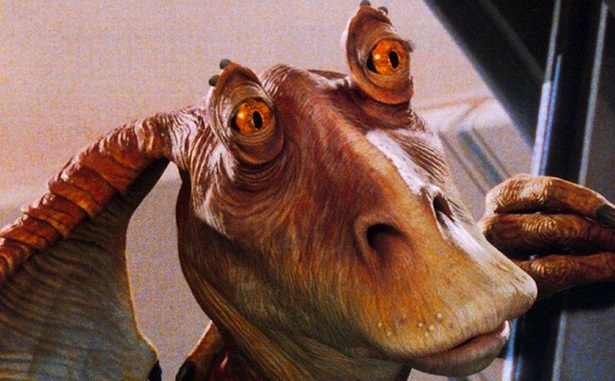 Since JJ Abrams confirmed on Monday that Episode VII is a real thing and not just some intricate smokescreen designed to lure grown men out of their mother’s basements, we’ve had a lot of emotions to explore. We’d barely recovered when the rumor that we can expect a Pixar Star Wars in the future had us feeling a disturbance in the force again.

At this point it’s just a rumor started by Latino Review, but word on the street is that we can expect Disney to combine the power of its two acquisitions into one film, set to be released in 2017 at the earliest.

Financially it makes a lot of sense for Disney to combine the two enormous yet different target audiences for Pixar and Star Wars, and artistically it probably wouldn’t be an awful idea either, at least for Star Wars fans. It’s a lot easier for me to think of a terrible Star Wars movie than a mediocre Pixar film, and Pixar has an ability to make unlikely worlds totally believable (I’m looking at you, Planes) that rivals any other studio working right now. My biggest qualm is that I feel the Star Wars franchise suffers more the farther away we get from the realism and humanity of the original movies, so another animated movie (that doesn’t involve LEGO) fills me with unease.

However, the Disney buyout promised to bring us more of everything Star Wars — TV shows, comic books, spinoff series — so I should probably just embrace change, even if it means a move away from realism. The first animated Disney Marvel movie, Big Hero 6, is due next November, so I’ll at least wait and see how traumatizing that is before despairing over the future of the universe.

Obviously “Pixar Wars” is just a totally unfounded rumor, but much of Episode VII‘s development has been full of unfounded rumors coming to fruition (well hello, AARP-card carrying Han Solo). Obviously the worst case scenario would be some sort of Cars-influenced Jar Jar Binks origin story, but if that happens it will be over my carbonite-frozen body.

(via slashfilm via Star Wars)