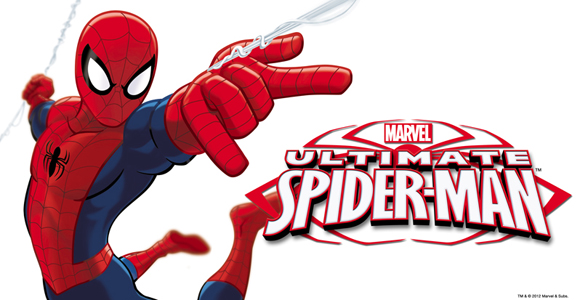 On Sunday April 1, Disney XD will launch an all-new Marvel Comics dedicated block called Marvel Universe. It will include the new animated series Ultimate Spider-Man and the return of The Avengers: Earth’s Mightiest Heroes and include some top talent from the industry.

President and Chief Creative Officer, Disney Channels Worldwide, Gary Marsh, announced the news at the Television Critics Association Press Tour in California yesterday. “Iconic Marvel heroes and villains and stories with core values of accomplishment, discovery and growth make Marvel Universe a perfect complement to Disney XD and a destination for parents and kids to experience together,” he said.

Besides the two animated series, the block will also give viewers exclusive Marvel content, new animated short-form series and live-action interstitials. Not unlike Warner Bros. DC Nation block on Cartoon Network which we got a sneak peak of last year during the Green Lantern: The Animated Series special.

“Marvel Universe block is an incredible animated ride filled with fantastic action and adventure,” said Jeph Loeb, Head of Marvel Television. “The spectacular team of writers and animators capture stories with all the dynamic fun you can imagine. Disney XD is the perfect place for families and Marvel fans of all ages to come together every Sunday.”

And also in the press release is this explanation of the channel and their target audience. “Disney XD is a basic cable channel and multi-platform brand showcasing a compelling mix of live-action and animated programming for Kids age 6-14, hyper-targeting boys and their quest for discovery, accomplishment, sports, adventure and humor.” Sorry, ladies.

This should be cool for fans though, especially if they used their current film stars in the interstitials.