The Geography of Disney Movies in One Map 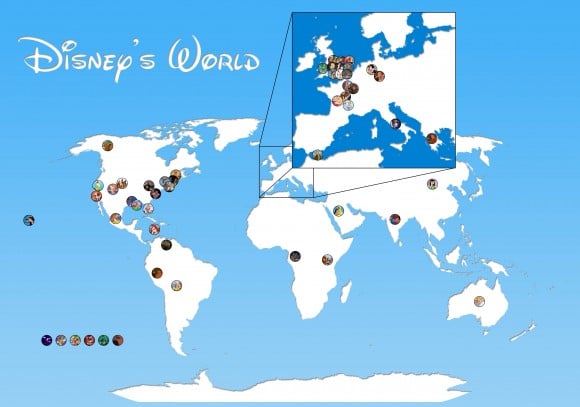 Redditor Translucentfish put together this map of the locations of Disney’s core animated features, to the best of their ability. Come on, Disney: you only need one more movie to have one set on every continent, and the theme of adorable animated penguins is already pretty well established.

Click here for transclucentfish explaining some of the trickier films to locate.

(via The High Definite.)