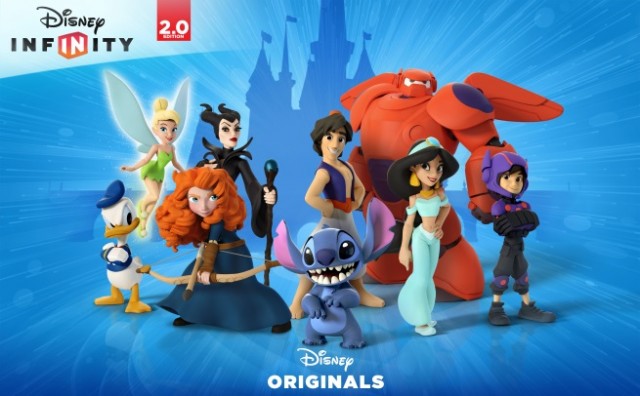 Today, Disney announced the release of eight new figures for Disney Infinity 2.0 as part of their Disney Originals line – and half of the playable characters are female. We spoke with executive producer John Vignocchi about these new characters, who’s playing the game, and what kind of inclusivity we might be seeing in the future.

The new figures released today include Brave‘s Princess Merida, a contemporary Maleficent, and Tinkerbell, with Princess Jasmine to be released in the new year. With the addition of Aladdin and Big Hero 6‘s Hiro Hamada, today’s character announcement is half female and a third people of color, which is fantastic for diversity. 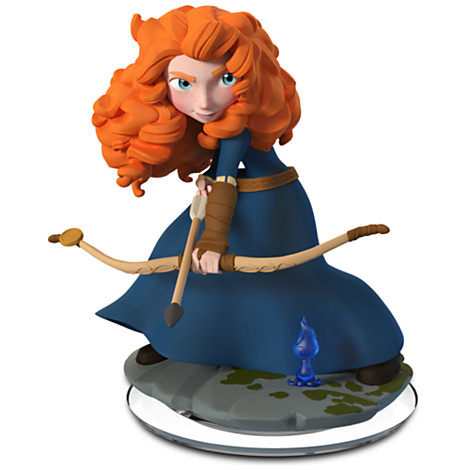 Vignocchi said they decided on including each character for very different reasons. Merida was the second-most requested character on Disney Infinity social media channels in a poll put out during the original version of the game (with Lilo & Stitch‘s Stitch taking first place). The Infinity team worked closely with Pixar to get our favorite archer’s hair, pose, moves, and animations just right.

Tinkerbell, another heavily requested character in the poll, is also Walt Disney Company chairman and chief executive officer Bob Iger’s favorite Disney character, so – to thank him for championing and believing in Infinity – the team made sure to include her in the 2.0 release. Vignocchi said at the Infinity offices, they call Tink the “female Iron Man,” because she shares so many of the same mechanics as Stark’s Infinity character, including flight, melee combat, and super moves. 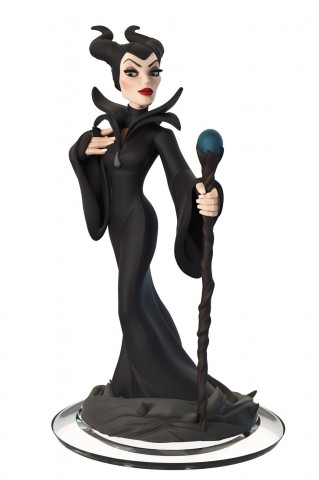 With Maleficent, Vignocchi said Angelina Jolie herself was actually the first celebrity to request a copy of Disney Infinity and all the figures for her children, so when they were making 2.0 and knew she was involved with Maleficent, they had to ask if she wanted to be involved. After working with her people closely to make sure the figure got her likeness just right for the game, the Infinity team sent Jolie her own hand-made, hand-painted version of her figuring for approval. “It came back in a whole bunch of pieces,” laughed Vignocchi. “It was pre-production, it wasn’t made out of all the correct materials, but it was really cute though. We got it back with a note saying ‘Really sorry it broke – but it is approved!’ We have it all glued back together in a cabinet here at Disney.”

Obviously we are incredibly pleased today’s Infinity release is made up of fifty percent female characters, and Vignocchi says we have awesome female gamers to thank for that. After expecting a split closer to 70% male and 30% female players, Vignocchi says they were delighted to discover that “at the end of 1.0’s figure release cycle, we saw our demographic skew to become 55% boys and 45% girls. And so it was eye-opening for us, and very exciting for us, because getting that large of a female demographic to play a game is certainly a feat in and of itself.” This stat corresponds closely to the Entertainment Software Associations 2014 gamer survey that says 48% of gamers are female, so it’s nice to see this carry over to Disney Infinity players.

Vignocchi also added that they haven’t experienced as much of a gender division between players and characters as they might have originally expected. “Boys don’t have an issue playing with the girl characters,” said Vignocchi. “I think that’s part of what separates Infinity from other figure lines out there.” 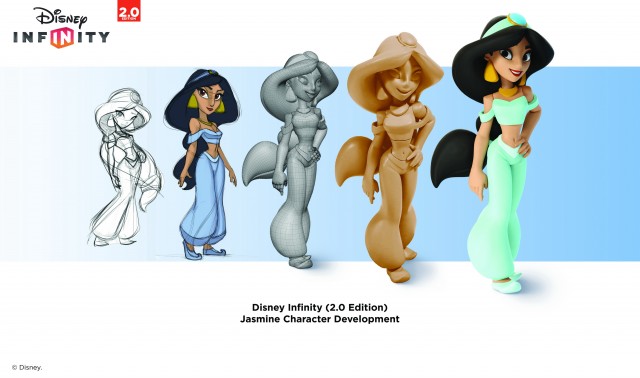 “When we were doing initial research with Disney Consumer Products,” Vignocchi continued, “they had cautioned us about including a lot of female characters, because traditionally when a toy line that is designed to be gender neutral includes a lot of female characters, that can sometimes turn younger boys off.” Something we here at The Mary Sue have been very aware of, given the frequent exclusion of Gamora and Black Widow from Guardians of the Galaxy and Avengers merchandise. 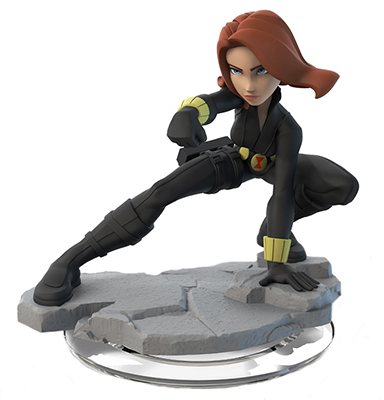 Though I absolutely commend Disney for their diversity in today’s release, there’s also a downside to the new figures: they lack some of the deeper functionality afforded to other Disney Infinity characters. The game has two different modes; first, there are characters created with full “playset modes,” narrative adventures crafted to fit that particular characters’ storyline. Then, there’s Toy Box mode; an open world where players can build their own levels and interact outside of a more traditional gameplay mode (compared many times before to Minecraft). Of the twenty-one Disney Infinity 2.0 figurines released with full playset functionality, only two – Black Widow and Gamora – are female (the first generation playset gender divide breaks down to 3 out of 17). The characters released today are available in Toy Box mode only.

But, says Vignocchi, there’s a reason for that. “[W]hat we were noticing was that our female players were playing inside of the Toy Box the most,” he noted. “That type of gameplay – we actually call it our ‘nurturing’ or ‘creative’ gameplay – seems to appeal to females much more than your typical combat-focused gameplay, where you have this looming sense of threat that is kind of constantly knocking at your door.” While boys revelled in that challenge against AI opponents, Vignocchi said female players enjoy using their imagination and creativity in Toy Box mode.

Is it a bummer that male characters have the ability to play in both the playset and Toy Box worlds, while the female characters aren’t given the same options? Totally. But Disney is keeping diversity in mind for the future of Infinity.

“As we make additional playsets for the platform, we are going to be including more playable female characters inside of those playsets,” assured Vignocchi, “just to be sure that we have a diverse offering for everyone.” 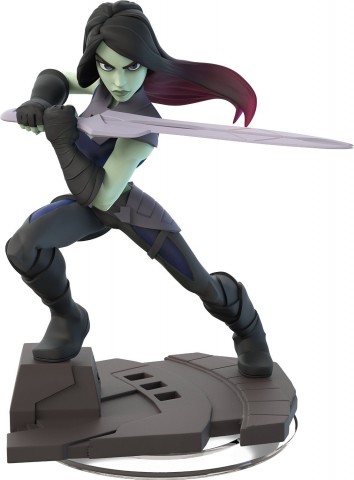 One of the current playset characters includes Guardians of the Galaxy‘s Gamora – and she’s actually about to get a lot more powerful. “We felt that because she is a daughter of Thanos,” said Vignocchi, “that in-game, she could use even stronger skills than she currently has.” In a patch coming at the end of the month to rebalance a bunch of the characters’ stats, Gamora will be getting “quite a boost to her overall stats and performance in-game – even thought she’s already incredibly powerful.”

Admittedly, I did try to wheedle out of Vignocchi whether or not we might be seeing some Star Wars Rebels or Captain Marvel playsets in the future, but he was (unsurprisingly!) unable to tell me anything specific. What he did say was that they want to continue to see more female gamers and characters.

“Given Disney’s strong catalogue of [Intellectual Property] and, more importantly, female characters, that’s how we’re driving and attractive female players young and old to the platform,” said Vignocchi. “We believe we need to do the best that we can as Disney to continue to nurture that audience and engage them in the Disney Infinity platform. We will continue to add more and more strong female characters as we evolve the platform.”

And we look forward to that!

You can grab a Disney Infinity: Toy Box Starter Pack (2.0 Edition) from lots of major retailers now, which includes both Stitch and Merida figures. Disney Infinity 2.0 is available to play on PS3, PS4, Xbox 360, Xbox One, and Wii U.