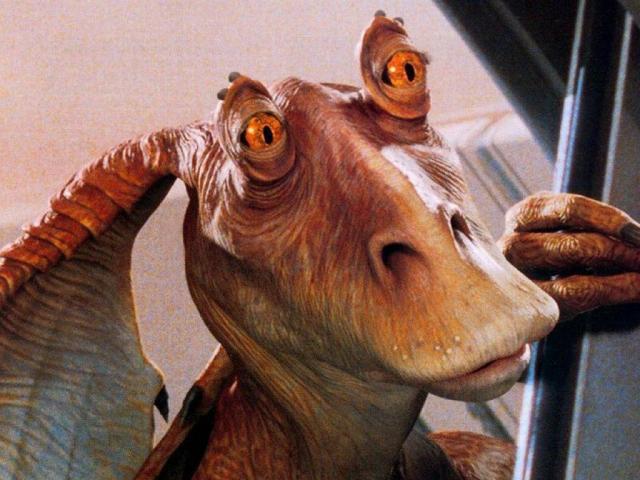 Disney registered a number of new URLs associated with it’s shiniest new toy, the Star Wars Franchise, and while most of them are merely yawn-inducing three of them are registered for something called “Gungan Frontiers” should chill you to your very soul. It appears that the race that spawned the most hated character in all of Star Wars — nay, perhaps in all of fiction — is getting a new lease on life. We don’t know what that is yet, but I am totally prepared to hate everything about it.

Perhaps we shouldn’t be so disappointed that gungans are going to be a part of Disney’s plan. Aside from ewoks and wookiees, they’re probably the most marketing friendly species in the expanded universe, so it makes sense that the company wouldn’t want to just let them be erased from our collective memory, as is clearly the right and proper thing to do. Speaking of wookiees, they’re getting a property, too, with something called Wookiee Hunters.

Wait a minute — maybe the wookiees are hunting gungans? On a frontier of some sort? Probably not. But a guy can dream, right?