Rumor: Disney's in Talks to Buy Hasbro | The Mary Sue

Rumor: Disney’s in Talks to Buy Hasbro, Apparently Wants to Own Your Childhood Entirely 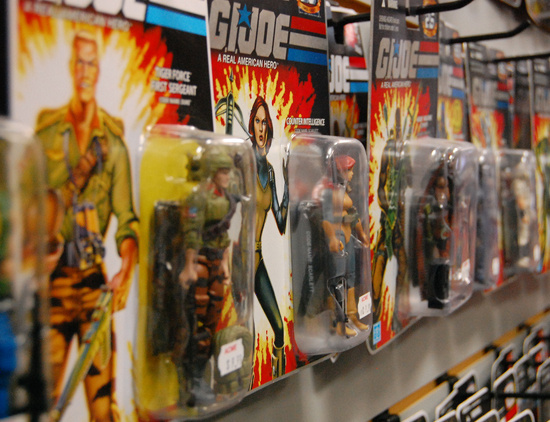 Ever since Disney picked up Marvel back in 2009, rumors have run rampant as to what other companies they might gobble up. Until they grabbed Lucasfilm, all of this was just idle speculation, but now everything’s back on the table. See, Lucasfilm marks the second incredibly high-profile acquisition that the animation kings have picked up just in the past three years. Word on the Internet is that they’re not going to stop there. According to MTV Geek, Disney’s in talks to buy Hasbro, which means they’d grab franchises like Transformers and bring products like Magic: the Gathering into the fold.

From what we’re told, these are still just discussions at this point, but serious enough that something could be announced at any time and create ripples throughout the entertainment industry. The Lucasfilm acquisition has been reported as taking as few as 6 months to complete.

They also note that the company might hold off on announcing anything, assuming this is actually happening, until a point where it receive the proper media attention. Plus, any news of this sort is bound to have its fair share of complaints. If Disney ends up being where the buck stops for Magic: the Gathering, for example, does that mean cards like Demonic Tutor will go the way of the dinosaur again?

For the time being, this is all just juicy gossip of a sort, but Kingdom Hearts fans everywhere will continue to get their hopes up in the meantime.