Why is Hollywood Following the Same Disabled Narrative? | The Mary Sue

Why is Hollywood Following the Same Disabled Narrative? 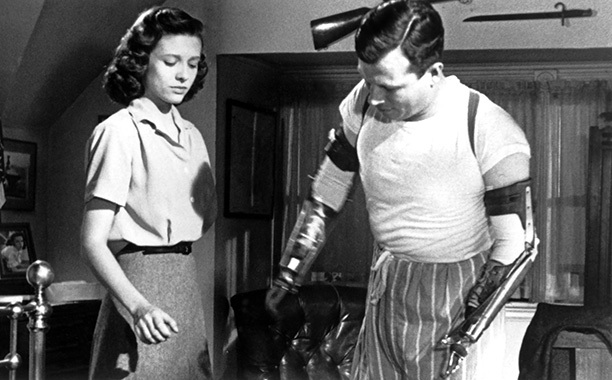 As one of the few physically disabled critics who writes regularly, I’m often asked how I feel about disabled narratives in cinema. I’m never surprised to be asked the question, particularly at year’s end where it’s pretty standard to see a disabled feature hit theaters, whether it’s The Theory of Everything in 2014 or the one-two punch of Stronger and Breathe. (This year, interestingly, has several disabled stories including Wonder and The Upside.) But buried deep within their inspiration trappings is the inherently same story. Why do films about disability tend to follow the same path, and what does this path say about the people who go to see them?

In 2008 the BFI conducted a survey about media representation. Over 40% of audiences wanted to see more films about disabled people, unsurprising considering 19 to 20 million people in the United States have some disability, yet their time on-screen amounts to around 1%. Since the creation of cinema movies haven’t particularly been interested in disability, but that’s not to say interesting movies weren’t being made.

The heyday, if there can ever be on, for disabled cinema was the 1940s with the influx of veterans returning scarred from the war. The only way of “educating” audiences on how to treat disabled people was through cinema. One of the best examples is William Wyler’s 1946 drama The Best Years of Our Lives, one of the rare occasions where a disabled character is played by a person with a disability. Harold Russell’s character Homer Parrish is an outlier in being one of the more nuanced disabled characters in film; it helped that the character was shaped for and by Russell.

Best Years of Our Lives doesn’t just give Homer a story that doesn’t involve tragedy, suicide or a “woe is me” persona. He struggles to adapt, but right alongside the non-physically disabled characters played by Fredric March and Dana Andrews. He eventually gets a job, starts a life, and is even given a girlfriend. Because Best Years was meant to educate its audience, there’s an adherence towards accurately representing the little things that able-bodied people wouldn’t notice, but a disabled person would, like how March and Andrews make sure to shake Russell’s wrist, not his hooks.

What’s unique is how frequently the studio era focused on disabled stories, and though they weren’t always perfect, they were original. Movies like Sign of the Ram and Freaks, though flawed and dated, showed someone conjuring up original stories for disabled characters to live in. It’s a far cry from the predominately white, male, “based on a true story” A 2012 article in The Guardian online posited whether disability in cinema had slowly gotten better. Their argument was that since disabled characters were no longer overt “objects of comedy or pity” that the studio had finally opened a door towards true representation. But the author’s presumed progress does little more than reroute the narrative to promote the same trends as in the past.

It’s important to list what the majority of disabled narratives in American cinema tend to recycle. Nine times out of ten the movies focus on characters, usually male and white, who are disabled late in life. There are outliers that don’t conform to the disabled narrative holy trinity; 1989’s My Left Foot has Daniel Day Lewis’ Christy Brown in a wheelchair from beginning to end as does John Hawkes in The Sessions (2012). But mainly it’s easier to hobble a character late in life, after allowing them several scenes of living a seemingly “ordinary” existence.

Focusing on late-in-life disability allows for, what I’ve affectionately termed “the able-bodied buffer.” The belief is that screenwriting is about writing what you know. Since most screenwriters aren’t physically disabled, they have to find a way to break into a character, and hope that the audiences—who they assume is also not physically disabled—will be able to relate. The belief is that disabled people are so complex that to show them living a life in a wheelchair from beginning to end would be hard for an able-bodied audience. Furthermore, it contradicts the 2012 Guardian’s piece that disabled characters are no longer something to pity. Most modern-day disabled narratives are about preaching to an able-bodied audience to appreciate life.

Take the 2016 adaptation of Me Before You, for example. That film, though it has a disabled character in a wheelchair, is told through the eyes of a non-disabled caretaker (again, because the assumption is the audience won’t relate to the disabled person) played by Emilia Clarke. Clarke’s character Lou is a shy young girl who hasn’t lived life and through caring for the disabled man she finds both love and a reason to experience life. Films like Me Before You, the upcoming Breathe and Million Dollar Baby, perpetuate this idea that all able-bodied people are just an inch away from having their life perceivably ruined by disability. These movies urge them to carpe diem, because being disabled can only lead to pain, sadness and, in Me Before You’s case, suicide.

The film films that do show disabled characters from birth are often physically disfiguring movies like The Elephant Man and the upcoming Wonder, where the idea is to show the disabled character’s struggle and/or ability to “persevere” in spite of the odds. Because so few of these movies are even made to begin with the dialectic soon becomes that disabled people are only able-bodied, and that those who are disabled from birth live tormented lives wishing they weren’t disabled.

This dialectic also manifests in the storytelling itself. Films on disability tend to follow the same filmic path because screenwriters and the studios lack the knowledge to think differently. Disabled films are often like adaptations; it’s easier to pick a property where the history and story is already laid out, rather than create a film where you could, by not researching, offend someone. It also, hopefully, prohibits people from criticizing the film – “but it’s based on a real person!” Hence why, in the past several years, biopics about Stephen Hawking (2014’s The Theory of Everything), Boston Marathon survivor Jeff Bauman (2017’s Stronger), and Elle editor Jean-Dominique Bauby (2007’s The Diving Bell and the Butterfly) are seen as compelling, and bankable narratives. There’s no need to create stakes or a narrative arc because being disabled is the narrative arc.

This desire to showcase struggle, and nothing else, also explains why most disabled narratives are about disabled men. Films like Born on the Fourth of July, Coming Home, and Stronger line up alongside male machismo. And those some movies focus on male vulnerability – Stronger is a great case – the emphasis is on how these male figures can balance finding love, life, and their disability.

Movies about female disabled characters tend to focus, no surprise, on facial deformities like the recent Wonder Woman. The gender disparity between male and female disabled representation in cinema hasn’t been documented, but considering that several recent disabled films have only had male characters with a disability proves a lot; 2012’s Rust and Bone is one of the few recent films with a woman having a disability. Films like The Theory of Everything, Stronger, Breathe, and Coming Home relegate women to able-bodied caretakers whose inner struggle of whether they can stand by their man. It’s hard not to wonder how much sexuality factors into this assumption. Does the lack of female characters with disabilities play into the belief that they won’t be perceived as sex objects? Or is this just another barrier in the hurdle that women already face with marginalization in the directing and screenwriting industries?

The lack of any hard research into the topic leaves audiences with theories, but they must ask why the same disabled stories get told? In 2017 it’s still difficult not to go with the belief that movies about disabled people are little more than a quick road to the Oscars. Until disability isn’t the only narrative conflict scripts, know audiences will continue to watch the same “white guy in a wheelchair” story every November.

(image: The Best Years of Our Lives, RKO Radio Pictures)

Kristen Lopez is a film critic and pop culture writer. She runs the classic film site Journeys in Classic Film and has contributed to Film School Rejects, Awards Circuit, The Playlist, and Cinema Sentries. Find her on Twitter @Journeys_Film.