Terryl Whitlatch is a professional creature designer who worked on Star Wars: Episode I, specifically on creating Jar-Jar Binks. While some of you may find this information off-putting, allow us to single-handedly change your mind: Whitlatch has dressed dinosaurs in Avengers costumes. After the jump, see larger versions of the four Dino-Avengers above, then have yourselves a wonderful day. A wonderful day that included pictures of dinosaurs in Avengers costumes.

Whitlatch comes from a scientific background, having studied zoology before graduating from Academy of Art University in San Francisco, where she now teaches classes on illustration and animation. In addition to her work on Star Wars, she is also known for her illustrations in The Katurran Odyssey.

When coming up with the Dino-Avengers, she wrote this:

“It was fun deciding what dinosaurs should be what characters. I ended up with an Ankylosaur as Iron Man (a no-brainer, as this animal is naturally armored), a Parasaurolophus as Captain America, just because I thought with that crest it would look really funny, a Triceratops as Thor, especially since when it grows up it is actually a Torosaurus, hence “Thor”-osaurus, and a T-rex as the Hulk so I could give it really muscularly odd little arms.

It’s a breath of fresh air to do fan art, and any excuse to draw dinosaurs is a good one!” 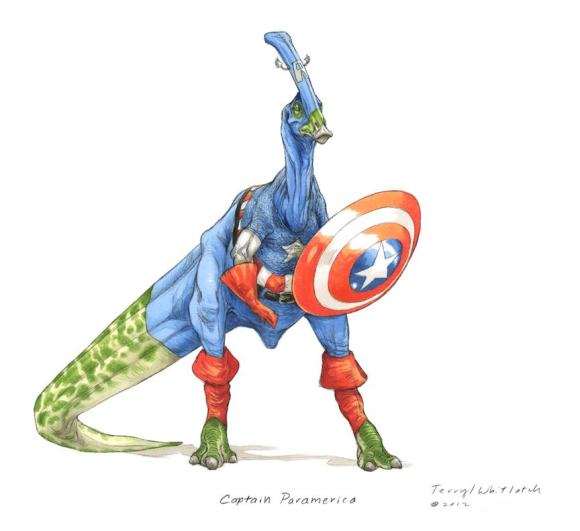 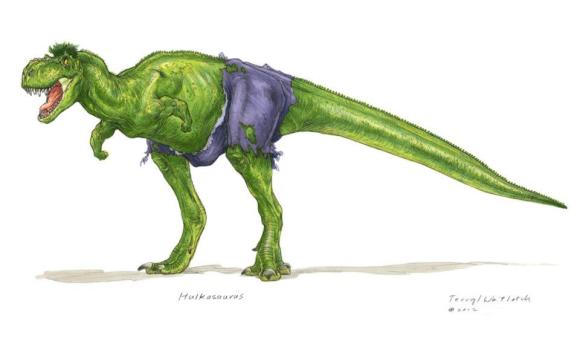 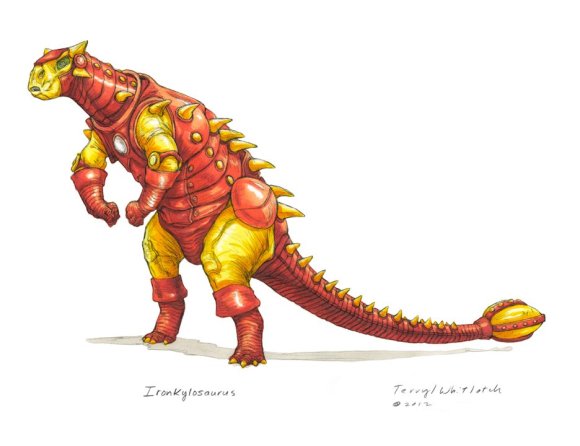 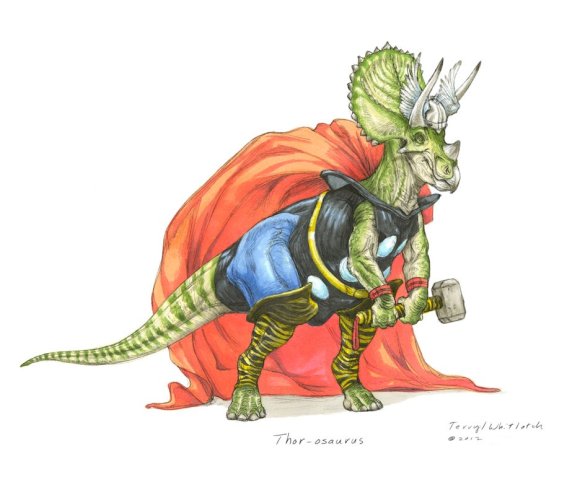 And there you have it: dinosaurs, dressed like the Avengers. Except now I’m really wondering what kind of dinosaur Black Widow would have been, besides a Badassaurus rex.