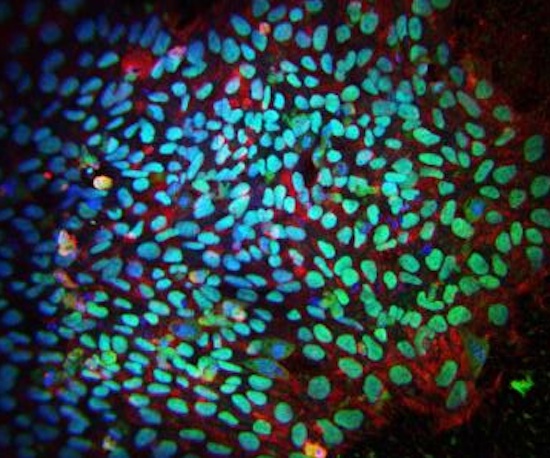 While there’s maybe no medical technology today with more potential, stem cell treatments are not without their own problems. Induced pluripotent stem cells (iPSCs) — those created in a laboratory after being devolved from other adult cells — are getting easier to make every day, but are still expensive to manufacture and run the risk of causing health problems of their own, possibly even becoming cancerous. Embryonic stem cells (ESCs), meanwhile, have been shown to be effective and largely safe for patients, but their use in medicine remains controversial. A team of researchers working at the Salk Institute and the University of California San Diego has taken a step toward understanding what makes both sorts of cells tick, though. They’ve discovered a unique molecular signature that indicates when a stem cell has been created in a lab rather than harvested from an unimplanted embryo.

When iPSCs are transformed from adult cells to undifferentiated stem cells, they undergo epigenetic changes — changes to DNA that can alter the way it behaves, and almost never for the good. Until now, mosts scientists thought these changes occurred mostly at random. New research, published this week in the Proceedings of the National Academy of Sciences, shows that those changes actually comprise a molecular signature that can let researchers identify when a stem cell has been made in the lab.

Researchers looked at iPSCs created from a variety of tissue, searching for any common thread in the hundreds of tiny changes made in the DNA of those cells. In doing so, they found just what they were looking for — or at least the path to it. Out of the many changes made to DNA, transformations on 9 genes were constant in the iPSCs. Those 9 changes act as a watermark for stem cells created from adult tissue. It’s only a first step, but having that identifying mark offers researchers new insight into the differences between iPSCs and ESCs, and could be the first step toward solving the problems with lab-created stem cells and making the treatments associated with them safer and more effective.