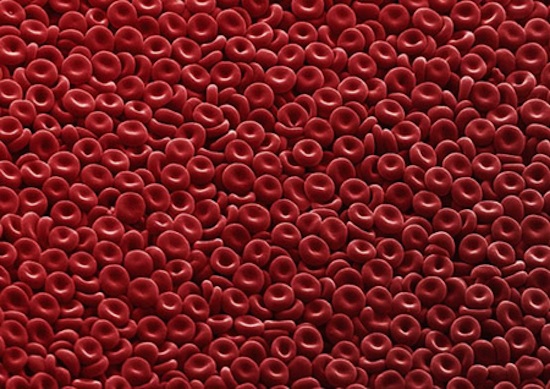 Researchers at Johns Hopkins University have discovered a way to give adult red blood cells a new lease on life. Using a little genetic tweaking and a short sharp shock of electrical current, the JHU team may have found a fast and reliable way to transform everyday blood cells back into pluripotent stem cells. Those cells could play a big part in the future of medicine, holding promising treatments for everything from cancer to organ replacements and transplants.

In an article in the journal PLoS One,  researchers reported success in what they describe as “Chapter 2” of their work turning adult blood cells — which are in no short supply, but not good for much other than transporting oxygen and making you feel faint when you cut your finger — into stem cells — which usually exist only in embryos, but can turn into any kind of cell they need to. Last year, the same team of researchers successfully manipulated blood cells to become heart cells. This next step pushes the cells back even further, returning them to a state like embryonic cells.

Researchers have been able to turn adult cells into stem cells — known as induced pluripotent stem cells to distinguish them from their controversial embryonic cousins — since 2007, but existing processes can be touch and go. They can be unreliable, costly, or carry unexpected side effects like accidentally activating cancer causing genes in the cells.

By injecting genetic material that can turn back the clock in cells and exposing them to a short jolt of electricity, the Johns Hopkins team is seeing up to 60% of the cells they treat convert into pluripotent stem cells. That’s a sound trouncing of the conversion rates of other methods, where only one or two cells out of hundreds treated successfully make the stem cell transformation.

A fast and reliable way to make stem cells from adult cells in the lab could provide a jumpstart for the field. Efficient, assembly plant style stem cells factories would make material for experiments cheaper and easier to come by, ensuring that more researchers had the chance to do stem cell work — and one more dependable, regular cellular platforms.