Did Supernatural Just Undo Its Most Infamous Fridging? 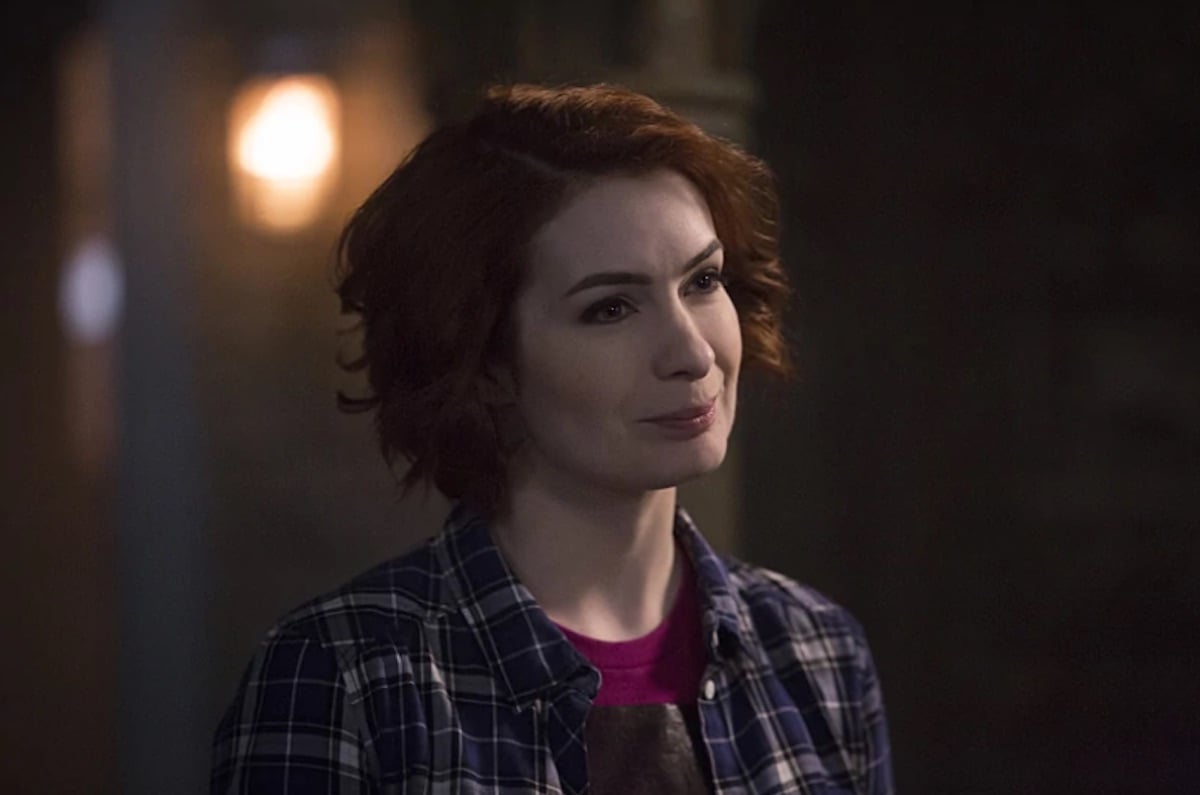 If you’ve been watching Supernatural for the last few years, you know about the darkest moment in recent memory and the fandom implosion it caused: the death of Charlie Bradbury (Felicia Day) in the late season ten episode “Dark Dynasty.” Few, if any deaths have caused as much fan anger and heartbreak as Charlie’s. It wasn’t just that she was a beloved character, one of the only recurring non-straight characters on the show, or that she was messily killed off-screen to further a plot that didn’t need that kind of furthering, murdered by boring characters who themselves were all murdered an episode later. Charlie’s death hurt because Charlie was the fandom: a plucky, queer, nerdy girl who often saved herself and served as an avatar for so many members of the Supernatural family. Before the fictional body was even cold, fans were calling for her resurrection, and even producers were assuring them that “no one is really dead on Supernatural.” Well, in the most recent episode, “Bring ‘Em Back Alive,” fans finally got their wish … sort of.

As the Mary Sue has covered, at Supernatural’s Hall H panel at San Diego Comic Con in 2015, following Charlie’s death, a fan directly confronted then-showrunner Jeremy Carver over the decision, and Carver was, to put in generously, thrown under the bus by the remainder of the cast on the podium, who literally turned their backs on Carver and waited for minutes to save the guy as he trotted out the old “that’s where the story took us” chestnut. It did not sit well with fans, and many left the show over her death. On a show where even the lead characters have died dozens of times, fans felt this death was cheap and pointless, and part of a darker pattern.

In many ways, as a critic and writer, I can understand what Carver and the other writers were going for with that death, no matter how terribly it was done. At the end of season ten, Dean (Jensen Ackles), bearing the Mark Of Cain, needed to hit rock bottom, and as with most shows, that motivation came in the form of a death—in this case, Charlie’s. It drove the remainder of the season, leading Sam (Jared Padalecki) and Dean make some bad and good decisions that led to the death of, well, Death and the release of God’s angry sister. However, we can’t look at Charlie’s death in a vacuum. Charlie’s death was followed by more dead lesbians on television, culminating in the Lexa controversy on The 100 and an even greater fan uproar that garnered attention across the television landscape and spawned movements like LGBT Fans Deserve better and Clexacon. The use of death for easy drama on television has become a cliché, ever since Lost started killing off characters with blood-thirsty glee. But the deaths of characters who represent marginalized groups carry far more weight and have the worst kind of impact.

Charlie was not killed because of her sexuality, but as part of a greater trend, it was troubling, especially when Supernatural already had a reputation for killing off women. The show began with a classic “woman in the refrigerator” trope with the death of Mary Winchester (Samantha Smith) propelling the entire story. But in the wake of all this controversy, and a change in showrunner, did Supernatural listen? It’s possible. The baton of leadership was passed form Carver to longtime writer Andrew Dabb, and we ended season eleven with that first, legendary fridging undone and Mary Winchester resurrected.

Mary’s return signaled, many fans hoped, a change in the way women were regarded on the show, and for much of season twelve, that seemed to be the case. Mary was not just the idealized mother the Winchesters had dreamed of for decades. She was a complex and flawed character dealing with her own demons (figurative and literal, as is always the case on this show). Even so, the season ended again with the death of another beloved woman, this one also deaf, with the killing of hunter Eileen Leahey (Shoshannah Stern). We also lost Billie the reaper (Lisa Berry) and Rowena (Ruth Connell). It was not encouraging. 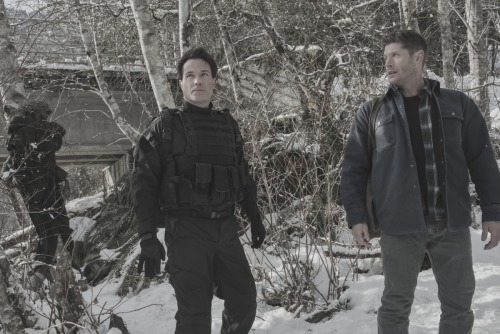 Fans had flashbacks to Charlie’s death, but then, in the season twelve finale, “All Along the Watchtower,” the show introduced an alternate reality where Sam and Dean Winchester were never born, and thus never stopped the apocalypse. This barren world was a warzone ruled by angels, but the silver lining was that some of the fan favorites that ended up collateral damage to the Winchester saga were very much alive in that world. The first we met was Bobby (Jim Beaver), and earlier this season, we were treated to a slightly twitchier and traumatized version of Kevin Tran (Osric Chau), advanced placement prophet of the Lord. But while these returns were wonderful, the character that kept coming up any time fans (or even the cast) were asked who they’d like to see return was Charlie.

For a while, it didn’t seem like a return was in the cards. After all, Felicia Day has been pretty busy since her exit: her book, You’re Never Weird on The Internet (Almost); a book tour; her Geek and Sundry Website; roles in the Mystery Science Theater reboot and The Magicians, among others; and, oh, creating a new human life in the form of her adorable daughter, Calliope. Somehow, though, the stars aligned for Day’s return. In a way, it’s been the season of resurrection. Of five major characters that died in the final episodes of the season, three have returned, along with others.

Not only has Supernatural been doling out new chances like Oprah giving out free cars, but the greater arc of the season has been about choices and consequences. The apocalypse world exists as it does because of a decision Mary Winchester made. Dean, Sam, and Castiel (Misha Collins—who also got a resurrection this year) have all grappled with the choices they’ve made and how they’ve hurt people they love. It’s also been a season of women throwing off shackles and coming into their power. Rowena was also reborn and is now out for revenge on Lucifer (Mark Pellegrino). Heaven is under the leadership of women like Jo (Danneel Ackles) and Douma (Erica Cerra). Even the new Death herself is a resurrected female character: Billie. And most important of all, the backdoor pilot the spinoff Wayward Sisters aired in January.

It does indeed seem like there’s a push to make up for some of the mistakes of the past, where women are concerned. It was even evident as Dean relayed his pain and regret over her death to Arthur Ketch (David Haydn-Jones), that the writers, through him, perhaps understood the impact Charlie’s loss had on the viewers. Interestingly, the episode containing Charlie’s resurrection came from the pen that was fatal to her in season ten, that of executive producers Brad Buckner and Eugenie Ross-Leming.

Is the show learning? Maybe. Are the writers trying to apologize? Perhaps. Will fans give them a chance at their own redemption arc? Also a big maybe. The reactions on social media to Day’s surprise return were at first shocked and excited, but many turned swiftly to fresh anger. It was too little to late. It didn’t undo the past, and after all, this wasn’t the real Charlie, just a copy from another reality. Even so, this new Charlie was still strong, smart, sassy, and still gay. She was a leader in the resistance against the angels, and told Dean point blank that he didn’t get to save her for his own peace of mind. I like her, and I want to learn more about her. She’s not who we lost, but she’s something great on her own, informed by the choices that came before.

But isn’t that the point of redemption? We can’t erase the past, and while actual resurrection happens often enough on Supernatural that the Winchesters literally have a personal relationship with Death, for death to have any impact for these characters or there to be any risk in the narrative, death must be permanent for some. However, death has become an easy and overused narrative tool across all of television, but the impact of the deaths of marginalized characters is becoming a larger and louder part of the conversation, for fans and critics alike. Perhaps, finally, the consequences are catching up with everyone behind the scenes, as much as they have onscreen. Even if we could get the real Charlie back, we cannot erase the past. So a new woman, in a new world, with a new chance is something good—a good step in the right direction that we can encourage. All the writers can do, just like the Winchesters, is learn (sometimes very slowly) from their mistakes.