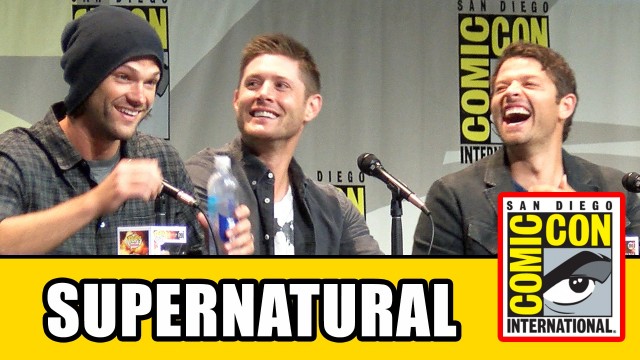 While I wasn’t at San Diego Comic-Con this year (a truth I had to reconcile with after great lamenting and FOMO), I got to partake in all the buzz and spoilers and teaser trailers that were inevitably leaked via various panels and interviews. One show in particular, the CW’s Supernatural, came to SDCC yet again—with many members of the main cast in attendance alongside producer Jeremy Carver and writer Andrew Drabb.

Supernatural has always had a passionate fanbase, for better or for worse, but the same can be said for any fandom. Fans are quick to voice their opinion on what they appreciate about a show but also as quick to call out something they might view as problematic. At the Comic-Con panel, such was the case when one fan stepped up to the mic to ask a question about the show’s treatment of female characters, specifically referencing the recent death of hacker Charlie Bradbury.

You can watch the question being asked in the video below around the 35:22 mark, as well as the uncomfortable awkwardness that follows:

It’s not the first time the subject has been broached—and not just by fans, either. Cast member Misha Collins has publicly shared his own thoughts about Supernatural’s handling of female characters, even referring to the show as “gratuitously misogynistic” at a fan convention several years ago. “I’m frankly surprised by the show. There’s stupid things—sorry people who write the show and everybody who works on it and everything, but there’s stupid things on the show that they shouldn’t do. Like, why do they have to say ‘bitch’ and kill all the women?” Why indeed, Misha Collins?

Watching the SDCC panel, everyone’s body language is fairly telling. You can see the cast members—all men, for the record—visibly reacting to the question being posed. Carver attempts to respond, but gives a vague non-answer that apparently satisfies no one if the boos that follow are any indication: “When we’re in the writers’ room, we have to go where the story takes us.”

If Carver is to be taken at his word, does that mean that none of the writers should be held accountable for choices made in killing off characters? Is the story this all-powerful entity that takes control of better judgment and renders all decision-making moot? As a writer, there’s nothing wrong with being surprised by your characters, but that doesn’t mean you should allow yourself to become complacent, passive, or fall back on the easy way out. 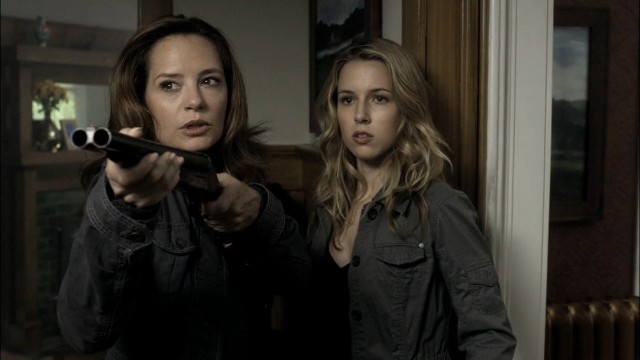 It’s mostly sad that the cast of Supernatural is clearly—maybe even painfully—aware of this issue given that the show is currently heading into its eleventh season with no signs of slowing down. Its problematic treatment of female characters—not to mention characters of color—is a cold, hard truth that’s continued to resonate through the show’s history. If there’s a recurring female character on the show, chances are fairly high that she will be sacrificed in some way in order to further the journey of the male leads.

Granted, this doesn’t just happen to the ladies on the show; there’s also a steep number of male characters who are offed in order to propel the story forward. It’s tough not to call out lazy writing, but surely there are more options available than “horrible death from which the character can never return.”

The rate at which Supernatural goes through its recurring female characters is actually fairly startling; it’s rare that one survives multiple seasons, let alone multiple episodes. In the past two seasons, death was the final blow to not only a gay female character but to an Asian character also—both of them fan-favorites. Charlie wasn’t simply a great female character, but she was a LGBTQ representative on a show that could certainly use a little more diversity. It seems as though, in the aftermath of her death, fans are more and more willing to ask the question of “Why?” and they’re not going to settle for a defensive answer or a lame excuse. Ten seasons in, it’s understandable that the Supernatural fandom would be getting more and more frustrated by the lack of change in this area.

Personally, I stopped watching primarily around season 4, and I was really, truly done right around the time that the show killed off mother-and-daughter hunters Jo and Ellen Harvelle in the same episode. But it speaks volumes to the fact that every time I tune in to further news on Supernatural, the show continues to follow the same formula of fridging female characters with no apparent explanation or even good reason.

Carly Lane is a writer based in New York City who specializes in obscure pop culture references and miscellaneous geekery. Her work has been featured onHelloGiggles, Obvi We’re The Ladies, Femsplain and more. You can find her on Twitter at @equivocarly.