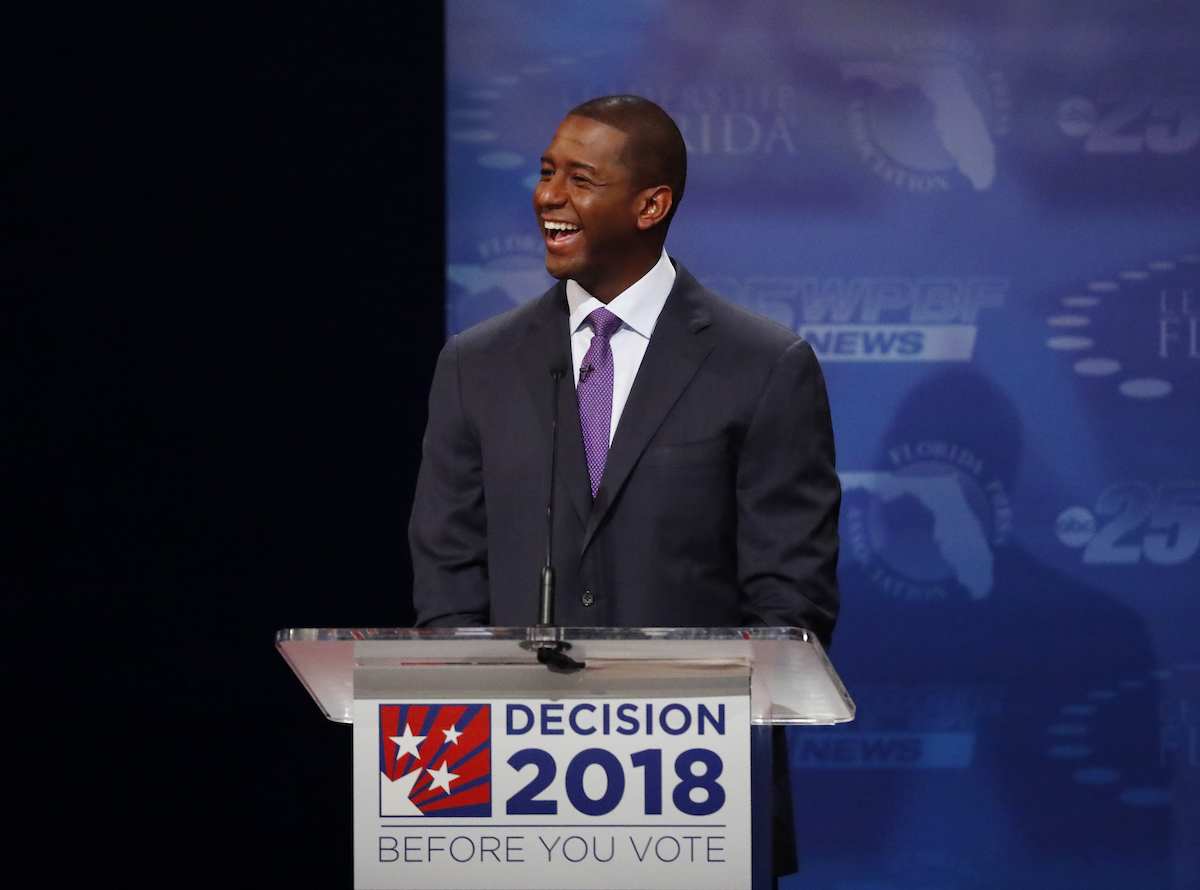 I’ll admit, with so many exciting political races happening across the country, Florida’s gubernatorial race had mostly slipped past my radar. But that definitely changed after last night’s debate.

The race between Republican Ron DeSantis and Democrat Andrew Gillum, who would be the state’s first black governor, has been fraught with racism. In August, DeSantis warned voters not to “monkey this up,” which many called out for being a racist dog whistle. (Because it was, though DeSantis dismissed the reaction as “nonstop political correctness.”) An incredibly racist robocall has been making the rounds, featuring a man claiming to be Gillum, speaking in a minstrel voice, referring to himself as a “negro” and “monkey.”

DeSantis has also been heavily criticized for taking money from openly racist donors. He, like many Republicans, relies heavily on the money and support of racists to get him elected. And last night, Gillum called him out for it.

DeSantis, like Trump and like so many other Republicans, will deny that they are racist. They will say that their dog whistles are imagined and that liberals are too sensitive. But they cannot deny that they are favored by racists, and that racists believe they will benefit by these candidates’ election.

“I’m not calling Mr. DeSantis a racist. I’m saying the racists believe he’s a racist.” Way more Democrats should be using that line. Make their opponents explain exactly what racists and neo-Nazis think they have to gain by electing them. Make Republicans explain why they’re the favored party of bigots.

By the way, DeSantis wasn’t doing himself any favors in the debate. He got boos from the audience when he said Gillum’s election would lead to child molesters roaming the streets. (“Shame on you,” was Gillum’s response.)

But this moment might have been the worst for DeSantis:

Ron DeSantis imploding was the best part of the debate for Andrew Gillum’s face alone. pic.twitter.com/1bfCeBx6Se

That was the moment right before the first clip of Gillum calling him out for being beloved by racists. The moderator was listing racist comments made by David Horowitz, a far-right extremist to whom DeSantis has strong ties, having spoken at a number of his conferences. DeSantis interrupted the question, though, blurting out, “How in the hell am I supposed to know every single statement someone makes?” The crowd was not pleased.

I hope that after Gillum serves as Governor, he decides to run for President because I sure would like to vote for someone who doesn’t hold back in calling out the racism of his opponents.