Fruit Flies Taught to Be Helpless and Depressed for Science 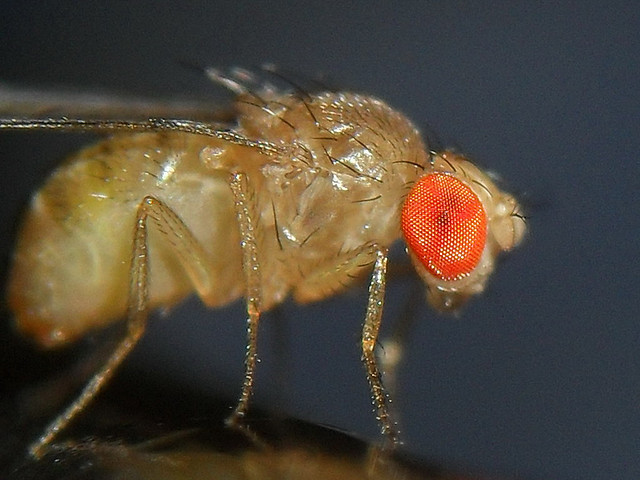 Don’t take this wrong, but in a lot of ways, you’re not so different from a fruit fly. At least, the same sort of things that can make you depressed, like feeling helpless to change or bad situations in your life, also make fruit flies exhibit similar symptoms, such as slower movement and general lethargy. That’s according to a study set to be published next month in the journal Current Biology which suggests that the roots of depression may go much deeper than once thought.

A team of German researchers studying the causes of depression have developed a foolproof way to totally bum out fruit flies. When placed on an uncomfortably hot surface, the flies would quicken their pace to avoid it and try to escape to a more temperate area, which is a pretty sensible response to the situation and sounds about exactly like what happens every time I go to the beach.

Once the flies learned that there was no escape from the heat, though, their response to the experiment changed. The flies seemingly repressed their natural instincts, and rather than speeding up, they actually stepped more slowly along the hot surface, even taking longer and more frequent breaks from walking at all. It’s a principle known as learned helplessness, and the fact that researchers can seemingly demonstrate the concept in flies suggests that the core problems of depression may have their roots deep in the most basic aspects of biology.

It never occurred to me that “helplessness” was a thing fruit flies need to learn. Being that they’re tiny and live only a couple of days, one would think that helplessness would be a trait that came to them pretty naturally. Now that researchers understand how they can effectively depress fruit flies, though, they can plan new sets of experiments to look at how depression affects the animals, looking at things like how long the effects last and how the symptoms might show up later in the flies behaviors, such as mating and eating. Which are really pretty much the only two behaviors a fruit fly has, but still could offer valuable insights into the most basic processes involved in depression.