How Does Denis Leary Feel About His Movie-Daughter Dating Spider-Man? 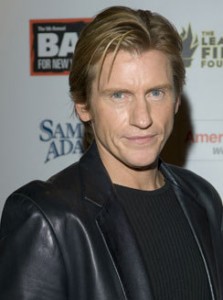 Okay, Denis Leary (who will be playing the part of Captain George Stacey, father of Spider-Man-love-interest Gwen Stacy) was actually answering the question “As a comedian, do you have a rant about Hollywood remaking a movie from just ten years ago?” but I’d just like to take this moment to highlight Mr. Leary’s impeccable taste.

And also to point out that Batman, much as I love him, only dates women to maintain the public persona that keeps his secret life secret… until he falls in love with them, in which case their relationship will end when he frames himself for infidelity to remove the temptation of revealing his secret life to them, when they are murdered by a supervillain, when they are revealed to be a supervillain (or sentient plant controlled by a supervillain), when he lets them rot in prison for a crime they didn’t commit while he escapes on his own, or when they leave him because they can no longer stand to deal with his trust issues.

Mothers, don’t let your daughters grow up to date Batman. Or Spider-Man. That’s a whole ‘nother can of worms.