Death by Cuteness: Pokémon Cars at the Tokyo Toy Show | The Mary Sue

Death by Cuteness: Pokémon Cars at the Tokyo Toy Show 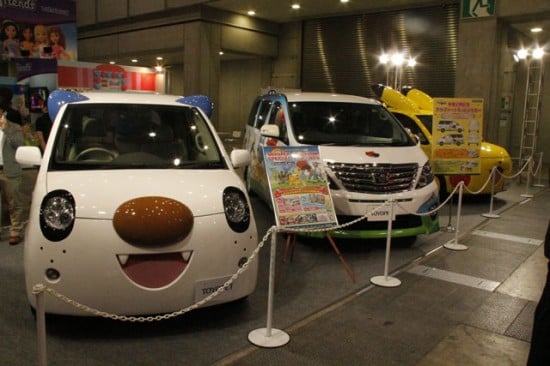 Ever wanted to drive down the boulevard in your very own Pikachu? How would you like to show the world which starter you picked in Pokémon White? Holy mother of Golbat! It’s true! You can finally do all this and more! At this year’s Tokyo Toy Show, three Pokémon-themed cars were unveiled by Toyota and they’ve got Pokémon fans everywhere saying,”We need these A.S.A.Pidgeotto.” Gallery down below!

Takara Tomy, of Tomy Co., Ltd. fame, has teamed up with Toyota to bring us these three PokéCars. Featured at the Toy Show were a Pikachu Toyota Porte, an Oshawott Toyota Porte, and a Pokémon Toyota Alphard. Toyota is giving these cars away during June and July of this year to support the next Pokémon movie being released in Japan. “Holy Sharpedo!,” you might be saying,”Show us the pictures!” Okay, okay! Hold your Horseas! Here they are!