Petition To Bring a Super Dead The Walking Dead Character Back Now Has 30,000 Signatures 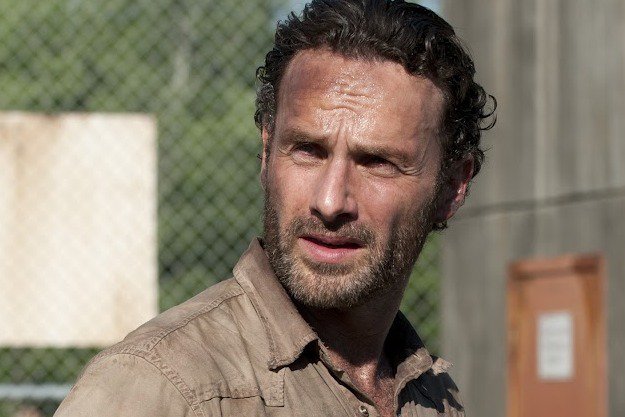 Uhhhh, do you not know how this show works?

Spoilers if you’re not caught up, of course. Don’t say we didn’t warn you.

Just because you’re a fan of a show where people are regularly slaughtered, eaten, and turned into shambling undead corpses doesn’t mean you’re always necessarily prepared for the worst when it’s your favorite character on the line. Case in point: the over 30,000 people who’ve signed a change.org petition demanding that the show runners bring back Beth Greene after her untimely—and pretty definitive, too, seeing as she was shot in the head and all—death.

The petition reads as follows:

Beth Greene (played by Emily Kinney) was killed off in the mid-season finale in season 5 of The Walking Dead. Her death was far too soon and the writers threw away the potential of a perfectly good character. Her story wasn’t over. Emily Kinney and her character don’t deserve this. There was so much more to be done with her character and they chose to kill her in a disgusting, unsatifying death that caused more anger and dissapointment than shock and mourning. Beth was a symbol of hope that a lot of women could relate to and see themselves in (especially self-harmers who saw her as someone who overcame their suicidal/depressive feelings). By sloppily killing her it just shows that she was used to further a man’s (Daryl’s) storyline. We realize that the circumstances she dies in are irreverisble, but this is television. Anything is possible. By signing this petition you can at least show your support for Beth. Let’s show Emily Kinney how much we love her and want her back.

They’re definitely not wrong, of course: the scene could definitely been interpreted as a fridging, especially considering how it affected Daryl (who wll probably never be killed off at this point). And Emily Kinney herself doesn’t seem very ready to let Beth go yet either, given the tears she spouted during her final run on The Talking Dead.  But as petition writer Amanda T admits, the way Beth want out was pretty irreversible. There’s nothing wrong with bringing back a character thought to be dead, but this is no Merle Dixon. This time, we saw a body.

Which isn’t to say that the actor can’t come back, whether in a flashback or… in another capacity. ( This is The Walking Dead, after all, not The Fully-Resurrected-From-Fatal-Head-Injuries-With-All-Of-Their-Mental-Faculties-Intact Dead). But barring those options, how exactly does anyone think this will play out, exactly?