Our Favorite TDKR Rumor of the Day: One Of These Women Might Actually Be in TDKR 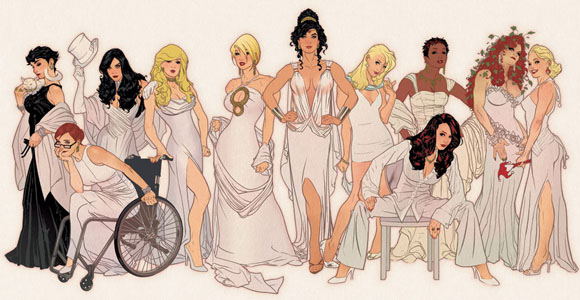 I was going to stick this into the “hold on to your butts” category because…woah…but since there’s no confirmation I chose “rumory.” We’ve just heard that a certain DC Comics superheroine might have a role in Christopher Nolan’s The Dark Knight Rises and that a famous actress has already been filming as her. The HUGE spoiler and a photo that corroborates the story is under the cut.

We mentioned yesterday that Nolan stated TDKR will take place eight years after The Dark Knight. Last last night, The Dark Knight Rises Rumors received a tip from one of their readers, Dwight Bendish, that included a photo. Take a look… 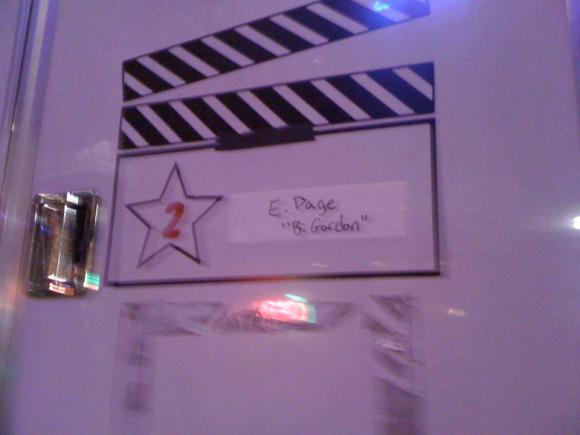 “E. Page” presumably means Ellen Page, a past collaborator of Nolan’s, while “B. Gordon” can only mean one thing – Barbara Gordon. Give me a moment while I scream like a little girl.

The website said Bendish took the photo while walking around the set of TDKR in New York City. “We didn’t think much of it since Ellen Page is, according to IMDB, currently shooting a film called The East that’s coming out in 2012,” they wrote but when they saw the character name they couldn’t help but wonder.

For those of you who don’t know, Barbara Gordon, depending on which continuity you’re following, is either Commissioner Gordon’s daughter, adopted daughter or just niece. If this photo is for real, Page could potentially be playing Gordon’s niece/adopted daughter in TDKR. In the previous film, Gordon had a daughter with his wife Barbara but she’d still be too young for Page to play in a film that takes place eight years later.

But which Barbara Gordon-era would Page be playing? The character has an eidetic memory and has spent time working as a librarian, been elected to the United States Congress, taken up the mantle of Batgirl, been shot by the Joker and paralyzed only to continue her efforts fighting crime as the wheelchair-bound Oracle. I’d place my bets on her being Gordon’s super intelligent niece pre-Batgirl, that just seems like the most obvious choice for a movie that already has so many characters at play.

Speaking of which, when I heard the news about TDKR taking place eight years later, my first thought was that Joseph Gordon-Levitt was going to be Nightwing. I know that’s something that people have thrown around before but I think it could be a reality because of the timespan Nolan is working with. He’s said in the past he wouldn’t put Robin in his films but a young Dick Grayson could have already gone through his career as Robin with Christian Bale’s Batman off-screen and graduated to his Nightwing persona. With Nolan’s penchant for hiding characters in different roles (Ra’s al Ghul anyone?), I wouldn’t be surprised if Dick was working undercover in the Gotham City Police Department. And then Dick and Barbara could have a relationship and live happily ever after.

Ok, I’m getting ahead of myself.

As far as the Barbara Gordon news goes, there’s only one bit of digging I did that concerns me, when inputing “Dwight Bendish” into google, the only results you get are for this story. It’s possible he wasn’t using his real name because if he was allowed on set and took this photo, he wouldn’t want to get himself into trouble, but it’s rare to find someone who no online record at all these days. There I go, pretending to be Oracle again…