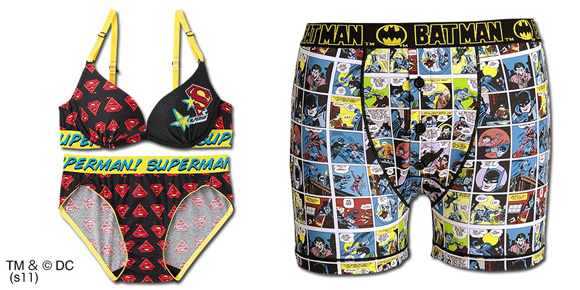 I’m always saying there isn’t enough cool superhero underwear out there well now, but now the world has a bunch more to choose from. Japanese designers aimerfeel have created a large line of DC Comics underwear and outerwear for both women and men. What’s that under there…

Aimerfeel has both Superman and Batman items (or Supergirl and Batgirl depending on how you want to look at it) in their “We Love Hero” collection. Here’s a few of our favorites: 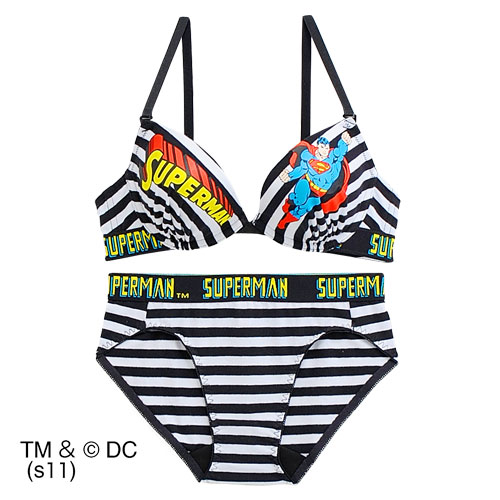 Your breasts will always be ready to defend themselves wearing this Superman bra and panty set. 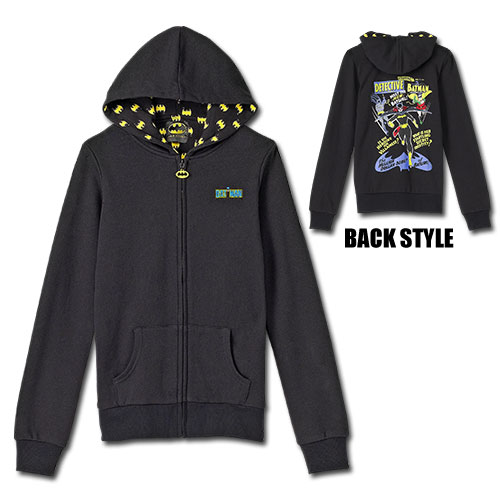 We like this hoodie because although it says Batman on the front, the back image features Batgirl prominently. Available in black or pink. Or try this crushed velvet one complete with Bat ears on the hood. 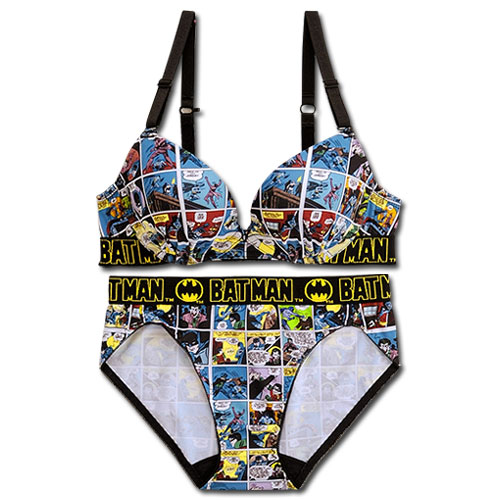 Showcase an entire story with this Batman set. Tip: read before putting them on unless you’re very flexible. 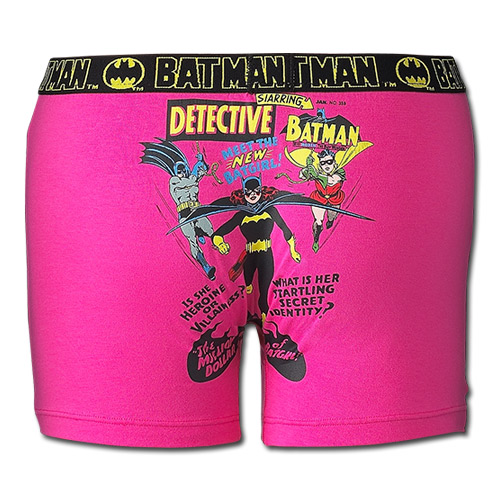 I was going to highlight the Superman men’s briefs because so far this post has been a little Batman heavy but the image placement on these was just irresistible. 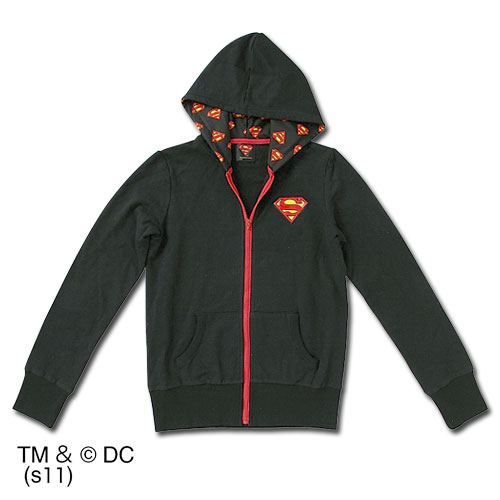 And finally, a simple Superman/girl hoodie which also has a matching pair of sweats with Superman in his punching pose again. Or these panties where he’s literally punching his way out of your butt.

Ok, so maybe they still have some improvements to make but we’re happy these exist at all. Now please make them available in the US. Also Nightwing.