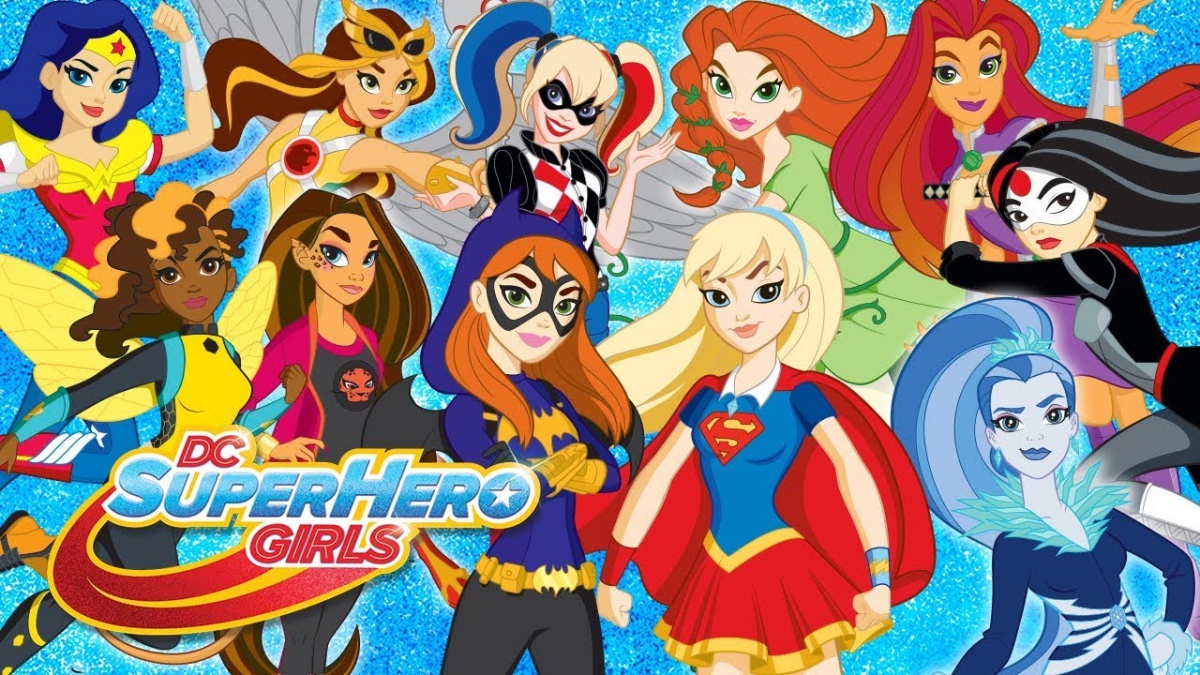 When I think about the kind of content I needed desperately as a youth, one of the things that pops to mind is the DC Comics series DC SuperHero Girls. The franchise, which launched in 2015, consists of a set of action figure, a cartoon show on its fifth season, six middle-grade novels, and comic book series. The graphic novels, written by Shae Fontana and drawn by a variety of artists, has been a fun engaging series featuring many of our young heroines and anti-heroines in high school.

Both male and female students attend Super Hero High School, learning to be heroes while also dealing with the situational stress of being a teenager in high school. The comic Out of the Bottle was my first introduction to the series and it was a very touching story. It starts off with Wonder Woman, Harley Quinn, Katana, Bumblebee, Supergirl and Batgirl in art class with June Moone. It begins as a typical romp: Harley gets ahold of some magic paint and brings evil doodles to life, but what it turns into is an exploration of June Moone’s emotional health and that connection to Enchantress.

We find out that June was cursed by a demon with the alter-ego of Enchantress in order to give her free range to access her rage. Whenever she is hurt or angry Enchantress would come out and instead of learning to deal with her rage, June decided to stop feeling anything, becoming apathetic and passive. It was such an interesting element to the story and emblematic of what makes this series so engaging, among the fun stories and the teen elements there is also an acknowledgment of the importance of personal growth.

There is this great series of panels were Harley talks about going to therapy and finds out that both Wonder Woman and Supergirl go to therapy as well (all that Krypton stuff was pretty heavy). For so long growing up I was embarrassed at the idea of going to therapy or getting help with my own mental illness because I saw it as a sign of weakness and thought that I just had to deal with being sad. If I had known growing up that Wonder Woman and Supergirl go to therapy it would have made a huge difference in my life.

The latest volume, Search for Atlantis, comes out today, and right on time for Aquaman, it features Mera as the newest student whose arrival causes some conflicting feelings for Bumblebee who sees Mera as her replacement in Wonder Woman’s friendship. Our side story is about Miss Martian and her journey into leadership.

It has been so refreshing seeing series like this targeted towards middle grade that really touches on what young girls (and people really) are dealing with. Not to mention the conflicts are really interesting and there are so many interesting Easter Eggs that the series has like a Starro cameo that I’ve to explain to several people (people always forget the OGs).

Overall, in addition, to being well-written, fun, and engaging, DC SuperHero Girls is trying to teach young girls to take care of themselves. Self-care in the age of Trump is on everyone’s mind, but really what is most important is teaching young people to have healthy outlets to their pain from a young age. I’d highly recommend the graphic novels to anyone who is longing for that Birds of Prey movie sooner rather than later.