Probably because you’ll be spending most of your brainspace trying to figure out why it’s trying to convince you that the Joker is, and apparently has always been, on a team with Batman, The Flash, and Green Lantern. So here are the three things this commercial, which is for underwear has me giggling about: “Show them what you’ve got.” “Welcome to the world beneath” (implied: your pants). And, “a hero will rise” because, come on. How can you say that seriously in this context?

While this commercial is probably hands down the weirdest thing about Diesel’s $34-a-pair briefs, each pair also has its own, uh, superpower.

The Batman ones have a “special print” that is revealed over time as they are used, washed, and… scratched? There’s your scratching your balls in public excuse, guys! Feature, not a bug. 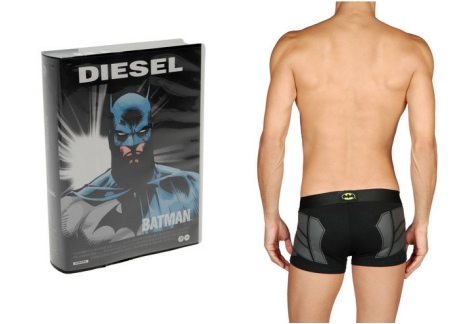 The Flash’s image only shows up on these boxers in response to being near body heat. Because the Flash has heat powers. 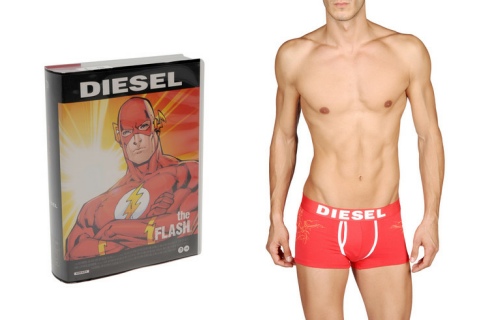 The Green Lantern skivvies are a bit more appropriate, reacting to light (you know, light of a Lantern, we can see it). But to paraphrase Calvin: what’s the point of wearing your lucky UV-sensitive Green Lantern underwear if nobody asks to see it where there’s UV light? 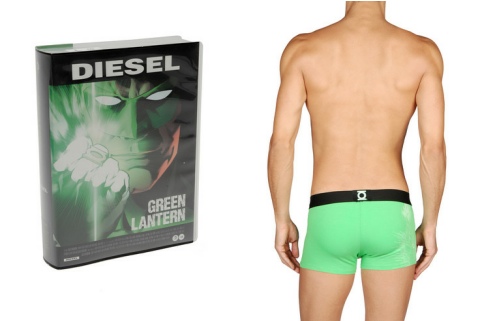 And finally the Joker underwear has a gross stain on it because the Joker likes to spray acid at people? 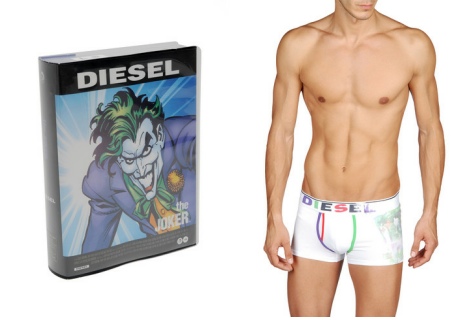 Guys, I don’t envy you. This underwear set does nothing but raise questions. Why didn’t you just say “your pants” after “welcome to the world beneath?” It would have tipped this commercial in the realm of intentional self-parody. Where is Superman? Why is the Joker in here?  Why do you think he is a hero? Oh, sorry, a “renegade genius with a twisted grin.”

And can we get some for the ladies? Okay, I lied. I do envy you.