DC’s Convergence Brings Back the 90s With Steel, Supergirl, Superboy, Parallax, and Azrael-Batman

The 90s were a strange time, but at least we're willing to admit it. 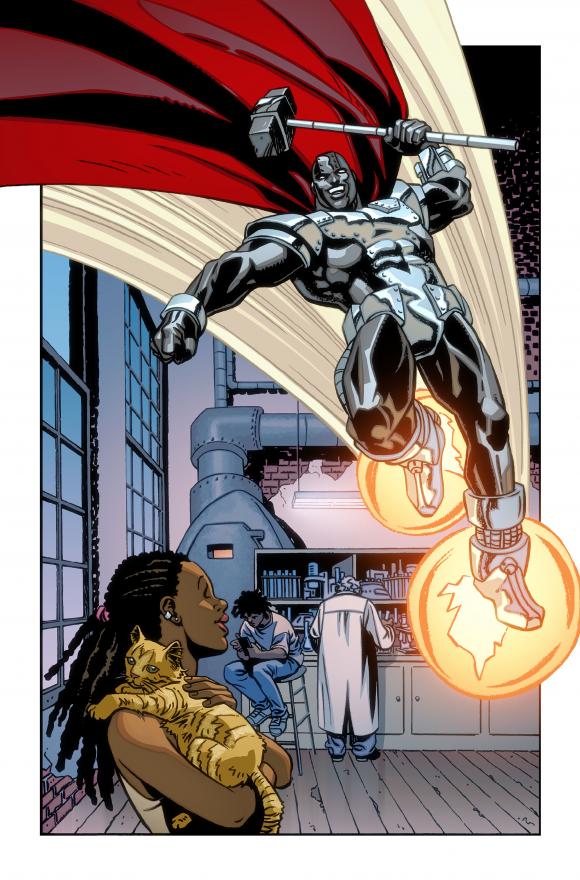 Another week, another ten Convergence titles, which means we know half of the forty two-issue miniseries that will tie into the event starting in April. For the first ten, check out last week’s post. For the newly announced titles, including Connor Hawke and Pre-New 52 Amanda Waller, read on!

Superman: Man of Steel (Louise Simonson), Supergirl: Matrix (Keith Giffen), Superboy (Fabian Nicieza), and Green Lantern/Parallax (Tony Bedard) are all throwbacks to a time in DC continuity when the defining event of the setting was the recent death of Superman. For John Henry Irons, this was his inspiration to fight crime in a metal suit of his own making. For Superboy, it was the first time he had been conceived as a separate character from Superman rather than a younger version of him. Earth’s Green Lantern was possessed by the ultimate being of fear, Parallax (it doesn’t sound related, but it is—LONG STORY), and Supergirl was an artificial shapeshifting being created by an alternate reality’s Lex Luthor and brought to our reality by Superman and was also an angel or something.

Look, it was the nineties.

And speaking of, the new round of titles will also be bringing back John Paul Valley, more colloquially known as Azrael or Az-Bats, the guy who became Batman and then immediately changed the costume into this. You want more? How about ’90s Catwoman in her purple costume, harpoon-handed Aquaman, Connor Hawke, Green Arrow’s mixed-race son, and Pre-52 Amanda Waller in charge of the Suicide Squad and living up to her nickname. You can go ahead and check all the covers, descriptions, and creative teams at Blastr and Hitfix. While there are no long-awaited big guns in this announcement like Gail Simone back on Oracle or Greg Rucka writing Renee Montoya as The Question, there are still some legacy characters, like Connor Hawke and Post-Crisis Superboy, that have been sorely missed.

(via Blastr and Hitfix)