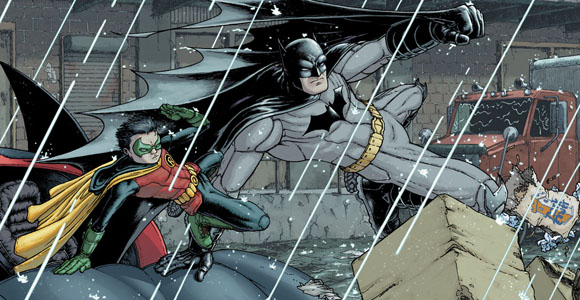 DC Comics overhauled their entire line of comic books when they relaunched with the New 52 in September of 2011. There were 52 titles, some old, some new, and a few familiar faces were missing from the lineup. Well today, DC has announced a “second wave” of titles to join the ranks but they’ve also cancelled several titles as well. Hit the jump to find out which titles made the cut, which have been added and how many female characters and creators are involved.

Bad news first? There are six titles being cancelled so there will still be 52 ongoing titles once all is said and done. Blackhawks, Hawk and Dove, Men of War, Mister Terrific, O.M.A.C. and Static Shock are all no more as of April. They will have had eight issue runs each. Unfortunately that means DC is now down three minority character titles. Although DC Entertainment Editor-in-Chief Bob Harras said, “Many of the characters from our canceled books will appear in DC Comics-The New 52 titles, and in some very surprising ways. We’re developing stories that reach from cultures around the globe to parallel worlds. We’re just getting started.”

Here are the titles that will be replacing them:

We notice of course that only one female creator is added to the lineup, the already announced Scott. But we’re of course happy to see Huntress and Power Girl returning to the main roster with their own book (though we’ve been thoroughly enjoying the Huntress mini-series by Levitz and Marcus To). We’ll also finally be seeing heroes from parallel Earths which up until this point has been avoided.

And then of course, we have more Batman. Now, as a Batman lover, I can never get enough of him but this will now make five titles starring the caped crusader. Morrison has already somewhat continued his Batman Inc. storyline with the Batman: Leviathan Strikes book but it’s not really a surprise that DC would let the popular creator continue his work from before the relaunch, much like they did with Geoff Johns’ Green Lantern. The addition of author Miéville is a surprise. I haven’t read his work but it will be interesting to see if he pulls in a different crowd.

Harras said the second wave is all about “world building” now that readers have been introduced to the new concepts. I wasn’t reading any of the titles that were cancelled, where you? Which are you most disappointed about seeing go? Which of the new titles are you most excited for?