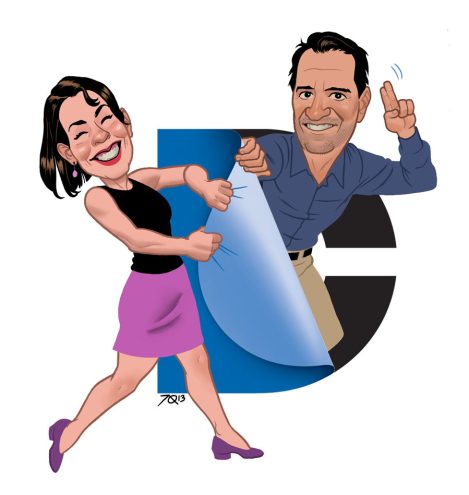 DC Comics has been criticized before for their public relations responses (or non-responses, as the case may be) and a recent move has raised eyebrows yet again. Editor-In-Chief Bob Harras and Editorial Director Bobbie Chase were contributing to a monthly column to Comic Book Resources in which they answered questions from both the journalists working for CBR and fans. But in its latest installment the website announced DC would no longer be participating. And guess what? The Orson Scott Card controversy and other “tough questions” played a part.

We’ve seen these types of questions being lobbed at creators or executives at DC and Marvel before but I can’t say the B&B column was particularly different. Questions were asked (nothing was said to be specifically off the table) and answers ranged from straight replies for the easy ones, to tap-dance routines for the more difficult ones with product placement in between. But what brought the column to a halt prematurely? Seemingly, this fan question:

Finally, LGBT_Fan asks, “As a gay man, I was disappointed that you decided to work with Orson Scott Card on the upcoming Adventures of Superman. The man has called for the overthrow of the government if marriage equality legislation is passed in the U.S. and serves on the board of the National Organization of Marriage. How do you justify this hiring along with your attempts at reaching out to the LGBT community (e.g. writing LGBT characters in stories like Alan Scott and Batwoman)?”

Instead of a reply from either Harras or Chase, CBR was left to post this message instead, “Note: A DC spokesperson referred CBR back to their previous statement on that question.” You may remember artist Chris Sprouse leaving the Superman book Card was meant to be a part of as a result of the controversial hiring. But it wasn’t just a dodge we saw in the column, it was an all-out exit. CBR writes:

With regret, CBR News has to inform our readers today that there will no longer be a “B&B” column on the site after only four short months.

When CBR proposed the idea of a regular column with DC’s executive staff, our stated intent was for the feature to be a place to connect the decision makers at the publisher with the wider comics community. Aside from product and story information, discussing the industry news and debates of the day was something we always planned to focus on both in the regular interviews with Harras and Chase and the monthly fan Q&A. However, the DC team has made it clear to CBR that discussing some of the more controversial debates surrounding the company and the comics community is not something they feel comfortable doing in this format, and ultimately they decided to no longer participate in this feature.

Specifically, Harras and Chase declined to comment on questions about DC exclusive talent Jerry Ordway in regards to his statements about his work with the publisher. (Though it should be noted that DC Co-PublisherJim Lee did discuss the matter in a recent CBR TV interview)

After ensuing discussions on the matter, CBR regrets that DC has decided not to continue what we consider a valuable discussion for readers, retailers and creators. We will however continue to cover the company’s comics, editorial moves and broader impact on comics to the best of our ability – including future interviews with DC executives and editorial staff as they are willing and available.

So basically, they might be willing to discuss the more controversial topics but only after they’ve been able to prepare a statement, and certainly not in a forum where people might say something wrong. As a business, it’s both a wise move and a horrible PR misstep.

You want your company to be represented in the best light possible but if you’re putting your employees out there for open discussion, it must be just that. You want to instruct your employees to say “no comment” on particular topics, then do that, but don’t offer them up for interviews and then run off like a child denied a toy when you’re being asked something you don’t like. To put it mildly, it looks bad.

Graeme McMillan at Newsarama wrote about the situation, highlighting a different way to look at this all. “On the other, as Heidi Macdonald wrote yesterday, only in comics would we expect upper editorial executives to subject themselves to monthly questions from their readership,” he wrote. “To go further, only in Big Two comics would we expect that, because of the way Marvel interacts with readers and the press; we don’t see the decision makers from Dark Horse, IDW or Image undergo regularly scheduled interrogations, and I’m not sure anyone really expects them to, either.”

True, fans have fairly open communication with Marvel and DC as compared to other brands, not limited to comics, but they are a fan company by nature and interact with readers on a regular basis at conventions and the like. So can anyone blame us when we’re frustrated by a lack of communication? Again, not saying as customers we should be entitled to answers about everything but when you cut short a column you agreed to participate in because of questions like the one above (inevitable questions, I might add), don’t be surprised with the eventual results.

When conducting interviews in the entertainment industry at large, from time to time, you’re told certain topics are off limits. For instance, when interviewing Kristen Stewart for an upcoming film release, her people may tell you not to bring up her affair with Rupert Sanders. As a journalist/media outlet, it’s then your choice to continue with the interview or not and also your choice whether or not to still bring it up. If you do, you’re likely a jerk (because really, it’s none of your business) and the actor will likely walk off set. That’s their right as it is yours to ask after being asked not to. While DC is not KStew, I give my utmost journalistic regards to CBR for letting the column go rather than stop asking the questions people want answers to, especially after introducing a column meant to cover anything and everything about DC.

What do you think of DC’s choice to end the column?