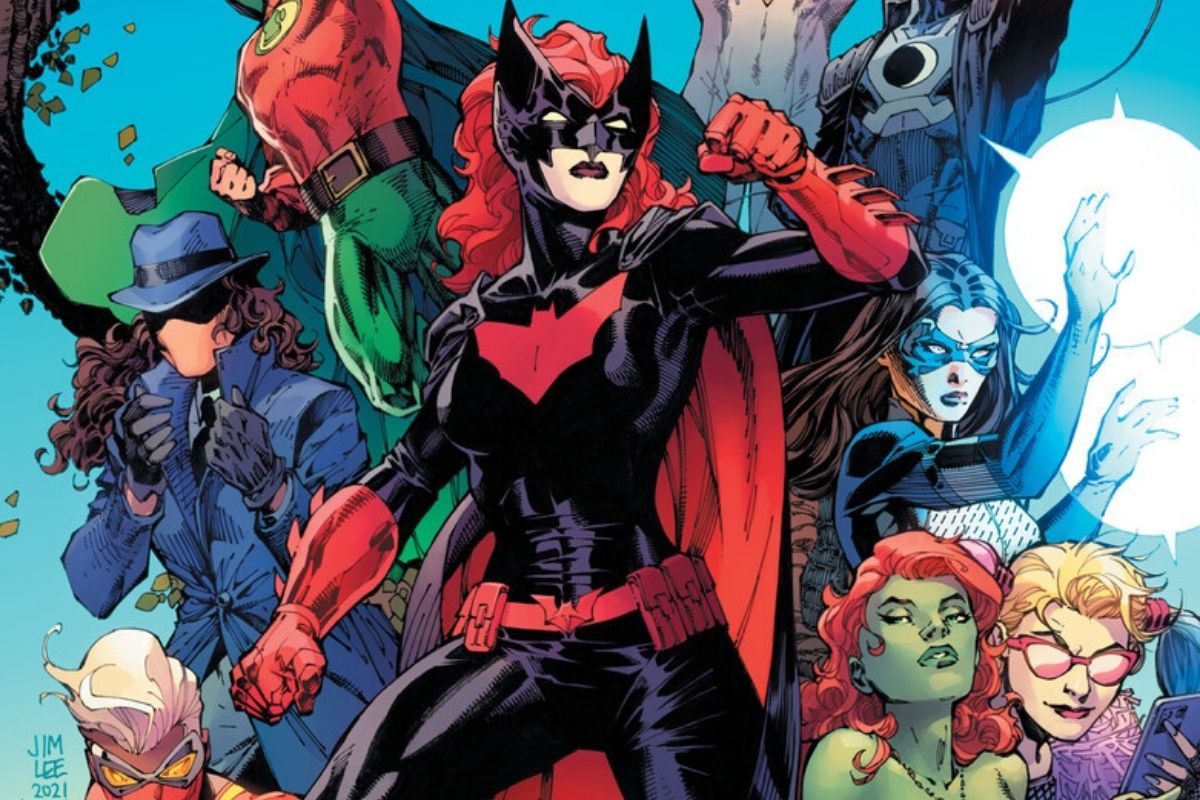 DC Comics is celebrating Pride Month in style in the form of an 80-page anthology dedicated to LGBTQIA+ characters from across the DC Universe. Aptly titled DC Pride, the anthology will include appearances by Harley Quinn, Poison Ivy, Batwoman, Renee Montoya, Constantine, Apollo, Extraño, and more. It’s set to be released on June 8th, 2021 jam-packed with talented writers and some of the most beautiful variant covers you’ve ever seen.

DC reports that the teams behind the individual character arcs are as follows:

The LGBTQIA+ anthology will include full-page profiles of the characters listed above, the actors who play them, and more. This is also an exciting time for Dreamer, Supergirl’s transgender superhero played by Nicole Maines on The CW series. It will be her first comic book appearance, but hopefully not her last as Nia Nal. And Maines will be key in telling this Dreamer arc as she’s part of the creative team writing the story for DC Pride.

There will be a forward by Marc Andreyko, known for his work on Love Is Love, Batwoman, and Wonder Woman ’77. Additionally, there will be multiple single-page pin-ups by artists such as Sophie Campbell, Mildred Louis, Kris Anka, Travis Moore, Nick Robles, and more. And the DC Pride #1 cover will be done by Jim Lee, Scott Williams, and Tamra Bonvillain.

The fun doesn’t stop there when it comes to the amazing work, time, and dedication put into this LGBTQIA+ anthology. DC Pride #1 will have a range of Pride-themed variant covers. They will showcase our favs Batwoman, Harley Quinn, Wonder Woman, and more throughout the month of June. According to DC Comics, here is a list of the variant covers planned for release:

DC also announced that it was set to publish GLAAD Media Award-nominated Suicide Squad: Bad Blood by Tom Taylor and Bruno Redondo on April 27, DC’s gothic LGBTQIA+ romance Poison Ivy: Thorns by Kody Keplinger and Sara Kipin on June 1, and Mariko Tamaki and Yoshi Yoshitani’s highly anticipated YA graphic novel, I Am Not Starfire, will publish on July 27 as part of the publisher’s overall Pride plans in 2021.

But just because Pride Month is over after June, doesn’t mean that the LGBTQIA+ content is going to stop anytime soon! Crush & Lobo by Tamaki and Nahuelpan will debut with a cover by Kris Anka, a Pride variant cover by Yoshi Yoshitani, a 1:25 ratio variant by Christian Ward, and an exclusive Dan Hipp team variant for participating retailers.

The eight-issue miniseries publishing between June 2021 and January 2022 will feature Crush, daughter of the bounty hunter Lobo. She’s in full-on “self-destruct mode” after quitting the Teen Titans and the collapse of her relationship with her girlfriend. So what’s she to do? Oh yeah, confront her dad and fall into even more trouble.

Need more convincing that this LGBTQIA+ anthology is something you should definitely keep an eye out for? Check out some of our favorite variant covers featuring Harley Quinn, Poison Ivy, Superman, Crush & Lobo, Wonder Girl, and more! 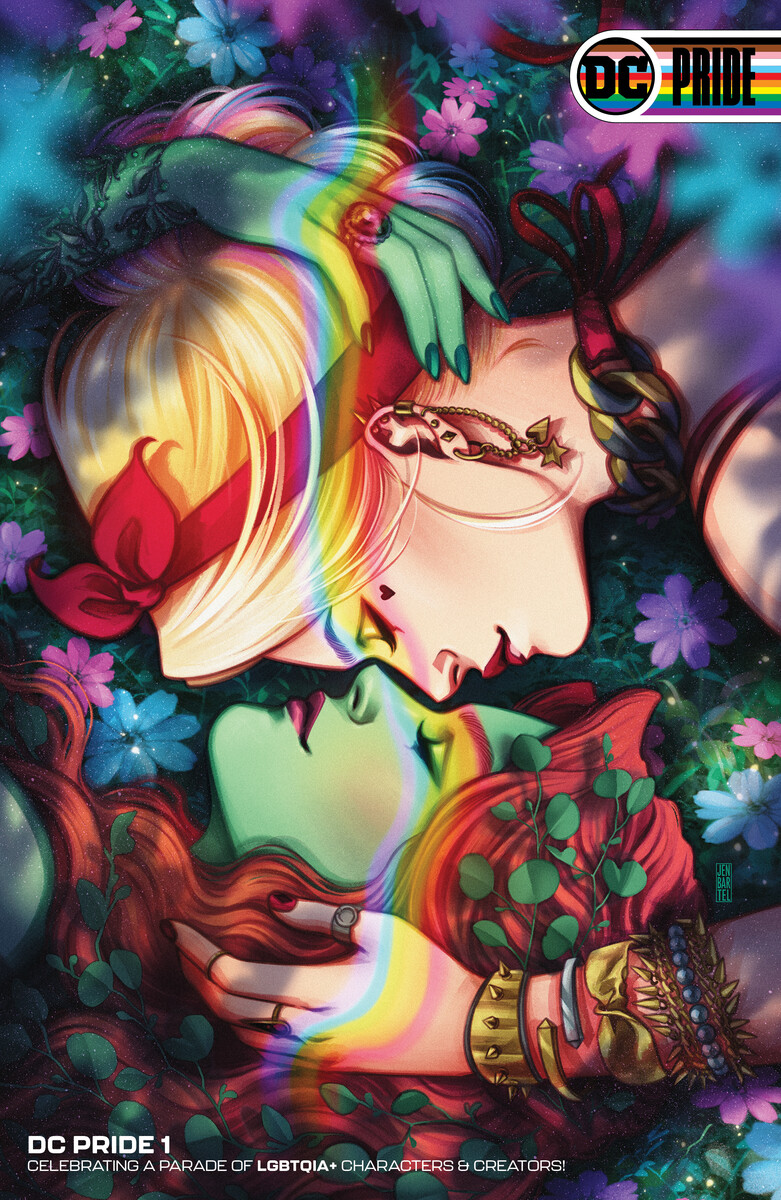 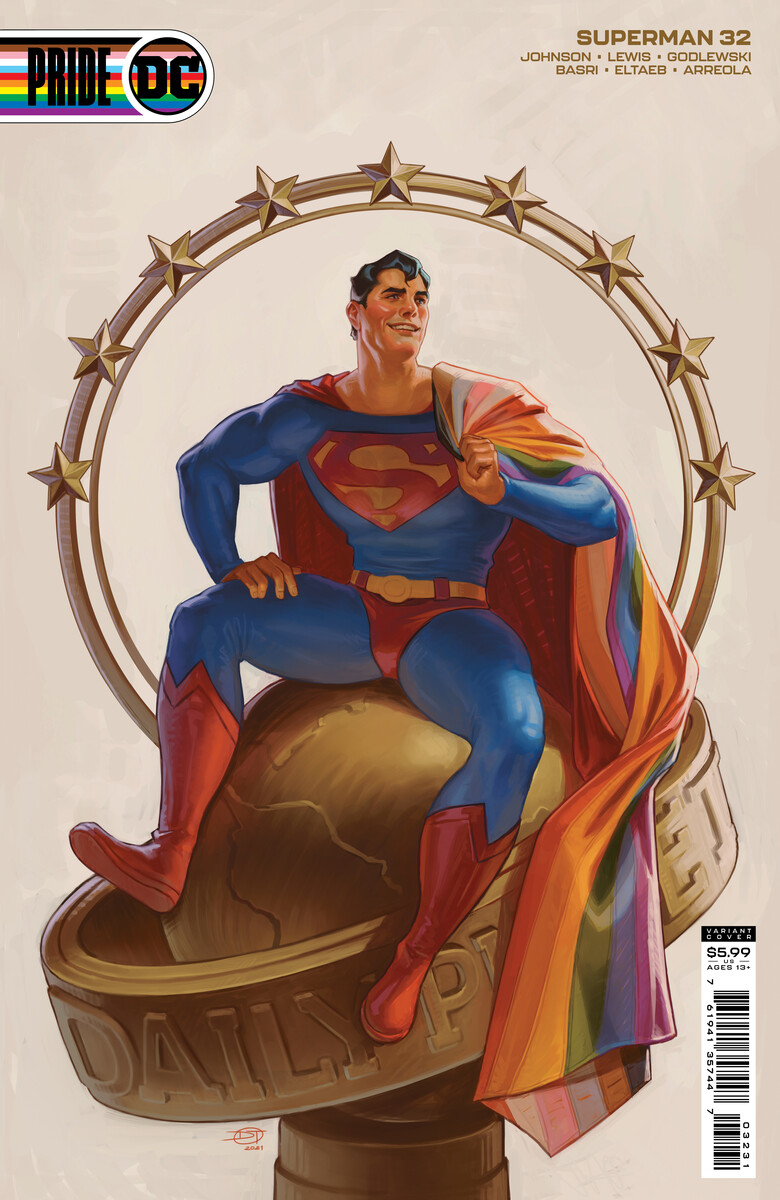 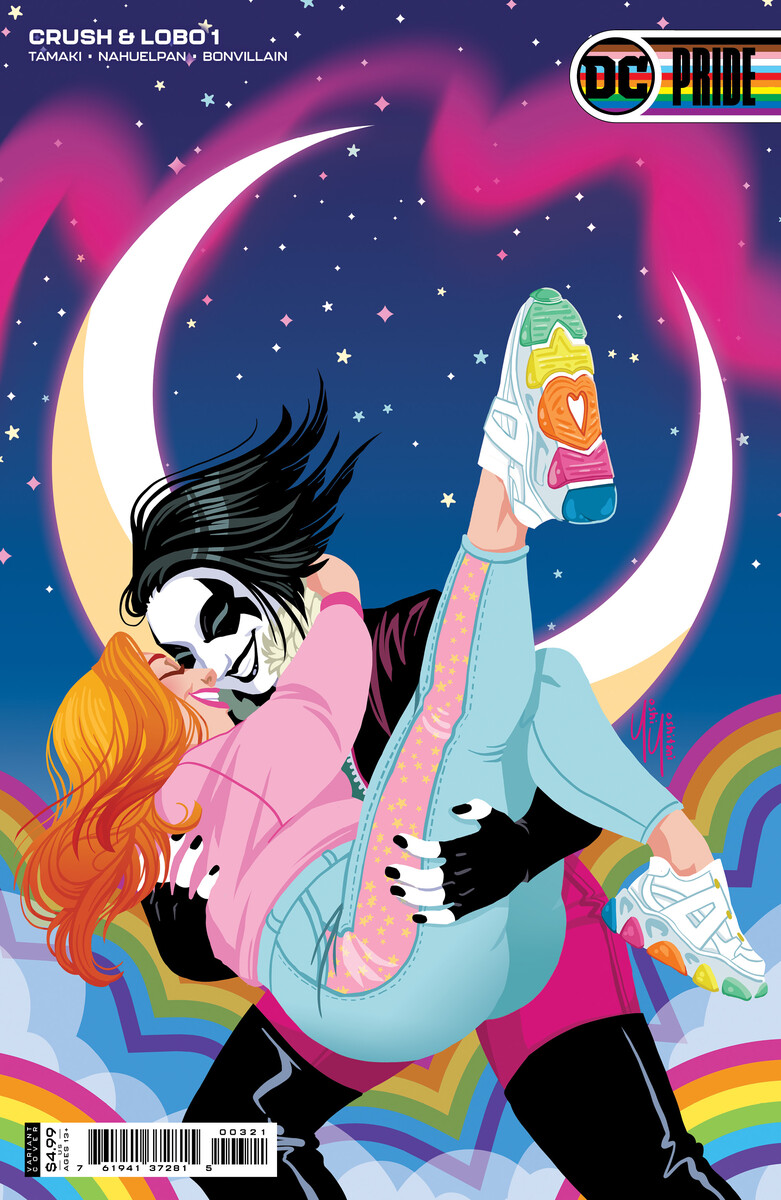 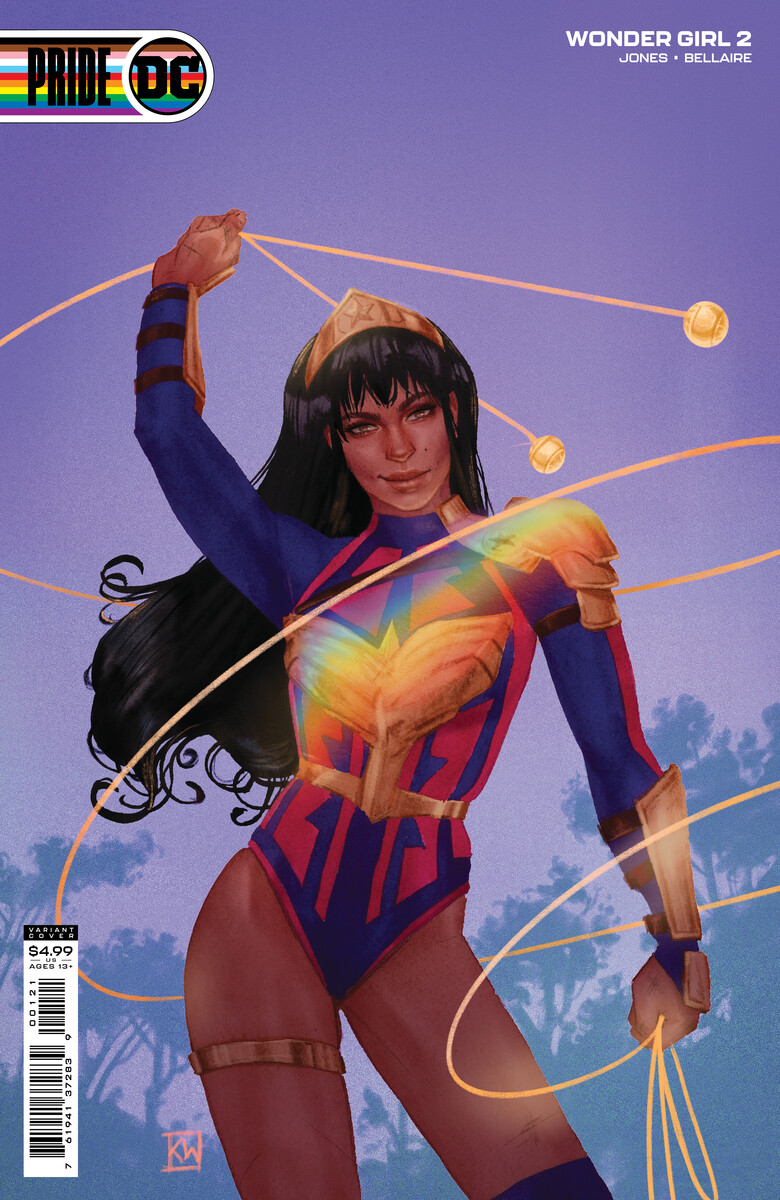 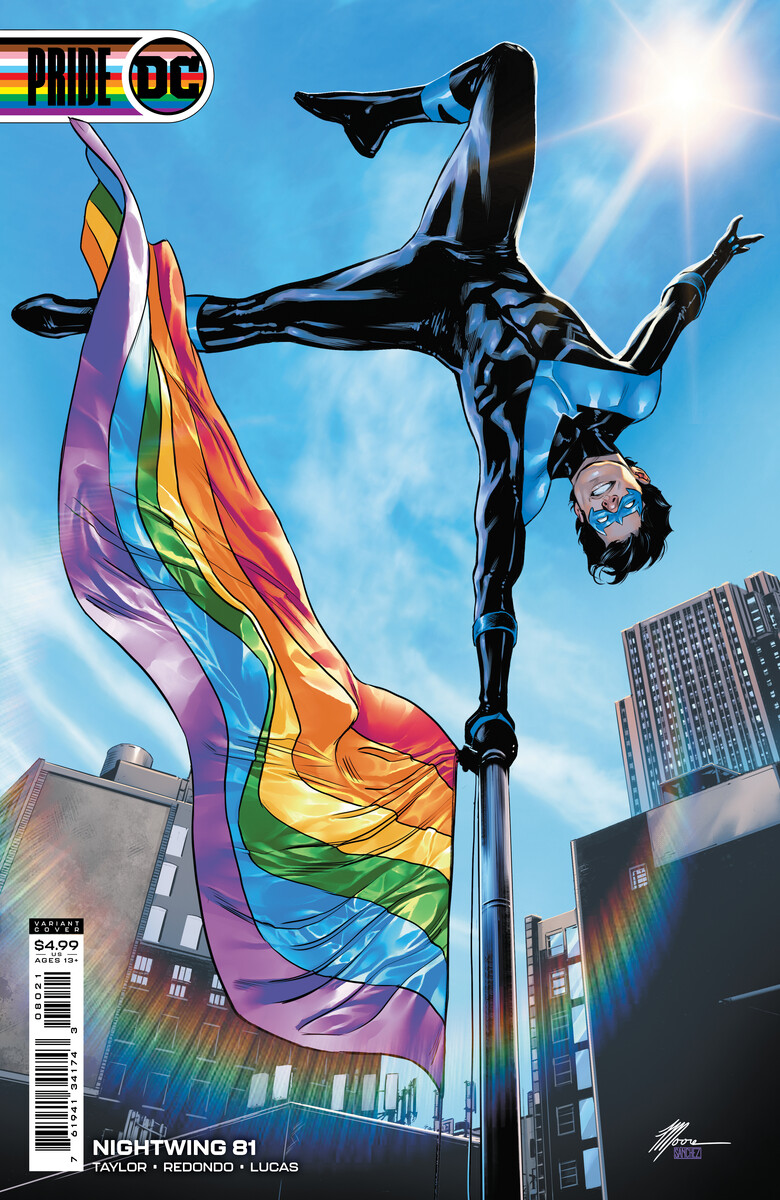