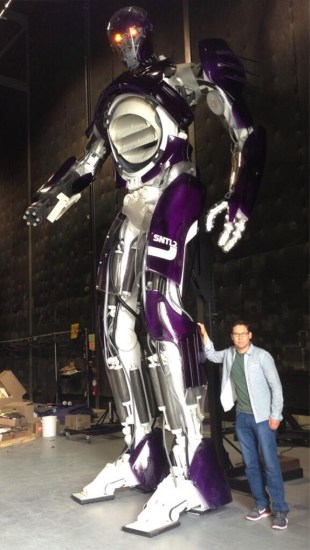 Director Bryan Singer tweeted the above pic of him with one of the Sentinels from Days of Future Past. My reaction? “Jeeeeee[cranes head up]eeeeeeeez.”

One more pic is behind the jump, this one a shot from the film itself of Mystique…’s leg. It’s showing that random dude who’s boss, huh? Jennifer Lawrence is an Oscar-winning actress now, and that means her leg can have its own promo pic. I don’t make the rules. 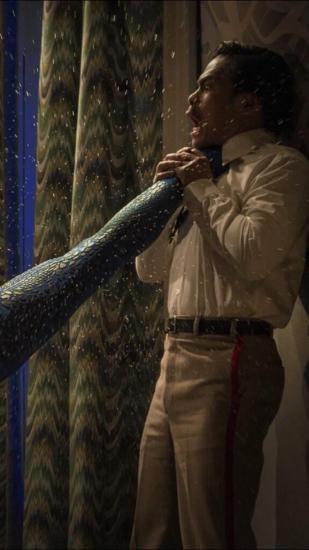