Plus Batman, Joel Kinnaman, and more! 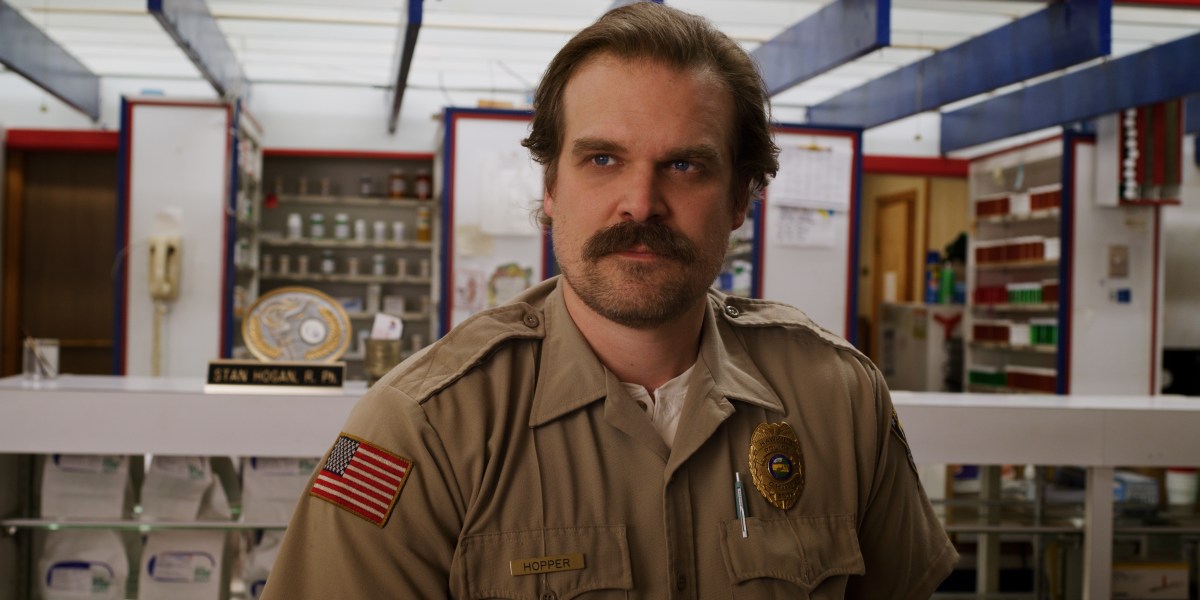 While the pandemic has pushed the release date of season 4 of Stranger Things, series star David Harbour is still excited about what the twisty genre series has in store for fans. In a new interview with Total Film, Harbour, who plays Chief Hopper, described his character’s return in the parlance of Lord of the Rings.

Harbour said, “We were always interested in that idea of the Gandalf resurrection – Gandalf the Grey who fights the Balrog and then becomes Gandalf the White. It’s the idea of the resurrection of the character. And mythologically, Hopper, in a sense, had to change. I mean, you couldn’t go on the way he was going on. He has to resurrect in some way. So it was a great opportunity to do that. So we’ll see a very different guy going forwards. The same guy but in a different vein. It’s a very cool thing to be able to play.”

We know that after passing through the gateway, Hopper has landed in the custody of the Russians, but we have no idea what all that entails. Harbour added, “I’m very close to the Duffer brothers, and I know where the story’s going, and I’ve known from the get-go. And I think that’s been the great thing about this story. In terms of Stranger Things, you’ll be able to look back at season one and see a lot of things that happen further down the line that relate to that.”

In the meantime, Harbour’s next big role is also up in the air. The actor stars alongside Scarlett Johansson in Black Widow, which has seen its own release date postponed due to the pandemic.

I came back to this bird app to give you all the only good thing left in the world: my tiny dog dressed like Carol pic.twitter.com/Cmb7FgNF5G

Hang in there, Mary Suevians!