International Space Station May Have Found Evidence of Dark Matter 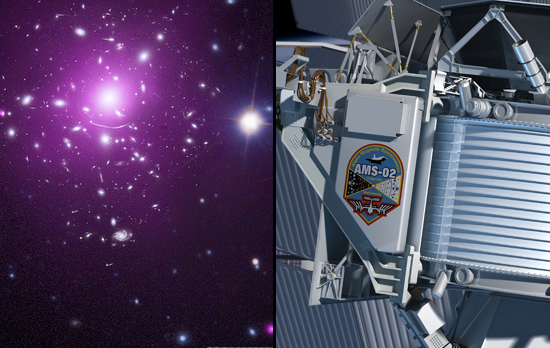 Physicists and astronomers have hypothesized the existence of dark matter for decades, but evidence for the substance (if we can call it that?) has been scant at best — until now, that is. The Alpha Magnetic Spectrometer experiment (aka AMS), that detector of cosmic rays mounted on the International Space Station, has identified millions of antimatter particles that may provide long-sought evidence for the existence of dark matter.

I say “hypothetical matter,” but to be clear, the observations that scientists have made about the mass of astronomical objects — and about the discrepancies between calculated gravitational mass and the mass of “luminous” matter — are very real. It’s the existence of dark matter itself, the elusive source of these discrepancies, that remains hypothetical. We infer dark matter because something has to explain the phenomena we’re observing. We’re just not quite sure what the nature of that something is.

We’ve got speculations about it — some have called dark matter the “glue that holds galaxies together” — and we think we know a thing or two about it – it doesn’t interact with light or other forms of matter, for example. Hence, it’s invisible to our most tried and true methods of detection. Yet some estimates  predict that it could account for up 80% of the matter of the universe itself. That’s a lot of…stuff. Especially when you can’t find it.

So it would be a huge deal in the world of modern science to confirm its existence. Even this new data collected by the AMS, which launched on the shuttle Endeavor in 2011 specifically to look for cosmic rays, can’t be called clear evidence of dark matter yet. Samuel Ting of the Massachusetts Institute of Technology, the principle investigator behind the AMS, is the first to hedge his bets: “It’s an indication, but by no means is it a proof. 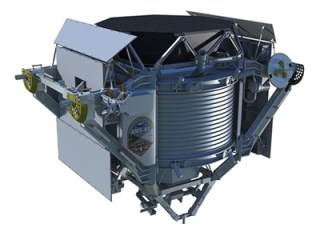 According to research published in the journal Physical Review Letters, what the AMS has seen up until now are 30+ billion high-energy rays (look, there’s an actual counter on its website). Many of the charged particles are of unknown origin, streaming continuously through space, but 6.8 million of them identified by AMS’s magnetic detector were electrons or positrons.

So what does that prove? Nothing by itself, but it’s suspicious: It’s believed that when dark matter particles collide with one another and are destroyed, they break into equal numbers of electrons and positrons. The ratio of positrons to electrons goes up at high energies, but not enough to conclusively be attributed to dark matter collisions.

So is this all just speculation? Not necessarily. Ting said, “Our main point is that we published this data, and now let the community work on it.”

Fans of dark matter and cosmic rays will convene in Rio De Janeiro this July to attend what has to be one of the nerdiest cons ever: The International Cosmic Ray Conference, where Ting is scheduled to give another AMS update and any further analysis. There’ll surely be fewer cosplayers at this con, but decidedly more talk of neutrinos, gamma-rays, and dark matter than at other. Though we’ll wager the 501st Legion will still be out in force — those cats show up for everything.