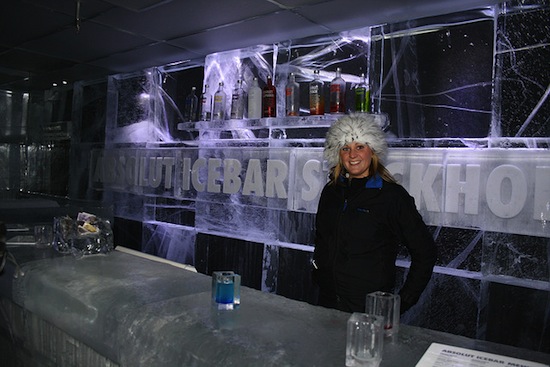 Absolute zero might not be so absolute anymore, according to a study published this week in the journal Science. A team of researchers at Ludwig Maximillian University in Germany are reporting that they have brought individual atoms of potassium gas from a few billionths of a degree above zero degrees Kelvin — long thought to be the lowest possible temperature — to a few billionths of a degree below that mark.

That may not sound like much, but in this case, a few billionths of a degree means a whole lot. Those degrees show that absolute zero, which was long thought to be the coldest temperature possible and representative of a state in which particles being measured possess no energy whatsoever.

Researchers super-cooled the potassium atoms by placing them in a lattice formation using magnetic fields and lasers to hold them in place, then shifted the polarity of the magnetic field suddenly. That turned the atoms from repelling to attracting one another, and turned the very low energy state of the gas into a very high energy one very suddenly. They then adjusted the lasers they were using to trap atoms, holding them more firmly in place — this time, when they adjusted the magnetic field, the atoms held their ground, and the temperature plummeted to below absolute zero.

The work could have implications down the line in generating exotic new materials that operate below absolute zero, but researchers are also excited by the promise the work holds for cosmology, as the sub–absolute zero particles appear to have some qualities that mimic dark matter and could help researchers unravel that seemingly unconnected mystery as well.