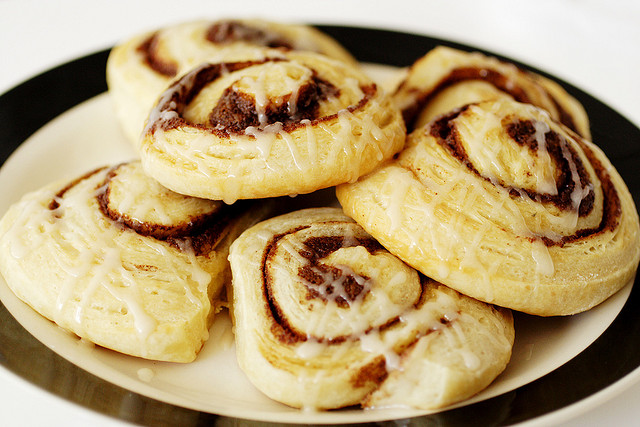 In Denmark you can ride a bike through a brothel high on heroin, but good luck finding a perfectly spiced kanelstang or kanelsnegel–baked goods are now one of the few things the government regulates.

In a decision that we are obviously calling half-baked, the Danish Veterinary and Food Administration recently put a legal limit on the amount of cinnamon allowed in pastries. (Why a Veterinary Administration is involved, we don’t understand, just as we don’t fully understand how the British monarchy works or if Transylvania is real. Europe is a strange and interesting place, just go with it.)

Cinnamon can be derived from either Ceylon or cassia bark,  and although both varieties contain coumarin, a chemical compound that can cause liver damage if consumed excessively, the cheaper and more frequently used cassia bark contains much higher levels of the toxin. Most commercial baked goods in the US are derived from cassia bark, something to consider the next time you want to stuff your Cinnabun hole. In the European Union coumarin is restricted to  15 milligrams per kilogram of baked good, but over half of the 74 baked goods randomly sampled by the Food Administration were over the legal limit.

Danish bakers claim the restrictions are excessive, and that reducing the amount of spice they put in their pastries is an unnecessary blow to their art-form. Says Anders Grabow, a spokesman for the Danish Baker’s Association (DBA), “A grown man like me could eat like 10 ‘kanelsnegle’ every day for several years and not even get near the limit of what’s dangerous to my liver.” (If you are imagining angry baker Anders Grabow as an adorable old man from a Christmas claymation, you are not alone.)

Adding to the controversy is the fact that bakers in nearby Sweden are given the freedom to use three times more coumarin than their Danish counterparts, since Swedish  pastries fall into the less-regulated category of artisanal and seasonal baked goods. However, the Agency assures concerned pastry-consumers that it will still be legal to export Swedish delights to areas with stricter coumarin regulations.

Agency spokesperson Henrik Nielsen understands the DBA’s frustration, saying  “When someone challenges people’s craftsmanship, it may get emotional.” However, he promises officials are ready, “to find a common interpretation that complies with the EU legislation, adequately protects Danish and Swedish (and other European consumers) and does not disrupt the EU internal market.” On the bright side, this is the most involved that Sweden has been in international matters since World War II. Wait, what? Okay, since ever.

If you want more info on other nonsense goings-on in Denmark, the internet has lots more to say about Danish bureaucracy.

(via ABC News, image via robopoppy)