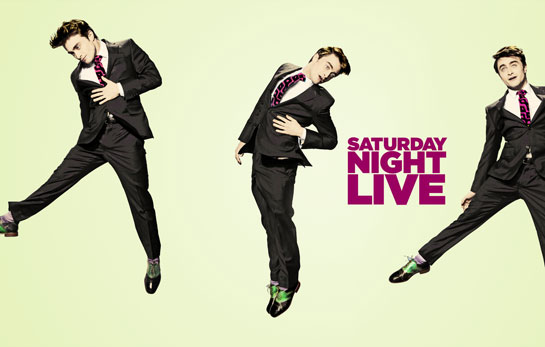 Daniel Radcliffe, who can now officially be known for movies and things other than Harry Potter, did all of his most rabid fans a big favor by doing more than just mentioning the franchise that made him famous. He did a whole sketch in which he played the boy wizard (who, in the sketch, is no longer a boy), and he even talked about it in the monologue. So, after the jump, see what kind of magic Daniel Radcliffe performed for us as Harry and others (and don’t worry, neither of Lana Del Rey‘s sleepy, nerve-filled performances are in this post).

First, the monologue. Didn’t exactly bring the house down, but it’s fun to see Radcliffe out of character and psyched about things other than Harry Potter while being pretty much forced into talking about Harry Potter.

But I thought it would be fair to include non-Potter-related sketches, too. Like this look at the present day from the future’s perspective, 2112.

And a statement on the YouTube generation, a talk show called “You Can Do Anything” — it’s funny because it’s true!

He went to a school with no grades!!!