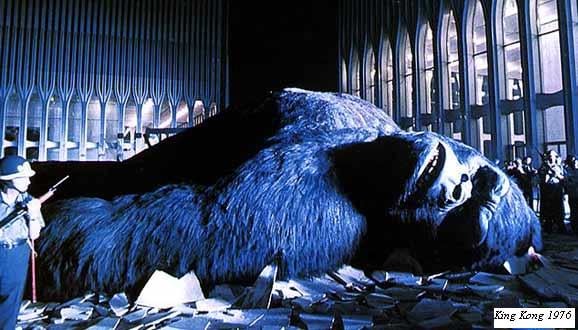 George R.R. Martin‘s fans have been waiting on the next book in the Song of Ice and Fire series (now a HBO series known as Game of Thrones) since the very first time it was given a release estimate.

That likely release date was late 2006. But according do this picture from 1976’s King Kong, A Dance With Dragons is finally complete.

Martin posted this picture on his blog under the title “twas beauty…” to signify that, at long last, he had completed the book’s manuscript, and not a moment too soon. The book’s publishers (Bantam Spectra in the US and Voyager Books in the UK) had put out a hard release date of July 12th, 2011.

I have to confess that if I, too, had been seriously writing a book, post-planning stages, pen to paper, for five years… I’d think of it as “The Beast,” too.