Dan Slott Is Right: Spider-Man Shouldn’t Be a Bully With His Jokes 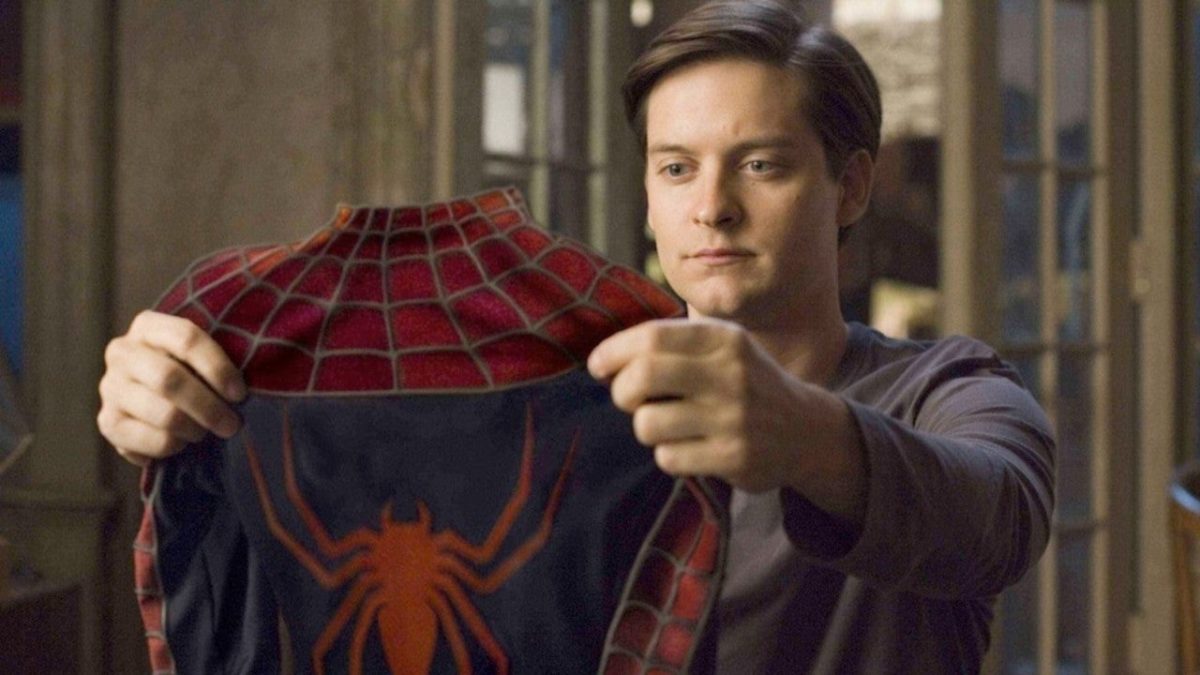 Spider-Man, at his core, is just a good boy from Queens. He’s not intentionally mean, and he shouldn’t be the kind of character who aggressively mocks someone for their weight or their sexual orientation or anything that is about their physical appearance because that’s not the boy I know and love.

It’s happened a few times, in the comics and onscreen. From jokes about how “large” Kingpin is to Tobey Maguire’s Spidey making a joke about Randy Savage’s Bone Saw McGraw’s outfit that boiled down to “did your husband make it?” there have been quite a few disappointing moments throughout the run of Spider-Man.

To be completely honest, that’s why I like Tom Holland’s Spider-Man the best. His jokes come from being completely astonished by the world around him and everything happening, and often what makes him funny is his inability to know when it is appropriate to ask about something. But he’s also just snarky and sassy in a way that isn’t mean. He’s a teenager making references to movies and unintentionally making the Avengers feel old because he’s fifteen.

And that’s why having someone who actively wrote for the character call it out makes it so much more important that we actively LISTEN and stop doing things like have Peter Parker mock someone’s weight. Dan Slott (who wrote The Amazing Spider-Man for nearly a decade) took to Twitter recently to point out that despite Spider-Man’s prominent sense of humor, he doesn’t have to make jokes that could be harmful to readers. He doesn’t have to make jokes about body image or sexuality or any kind of identity-based joke towards his villains. To be honest, that’s not Spidey’s humor to me anyway.

Spider-Man’s humor comes from the fact that Peter Parker is so quick-witted, and he often uses it as a way to buy time while connecting the dots for himself. In a lot of ways, Peter gets to joke around and be open and free as Spider-Man in a way that he doesn’t really get to as Peter Parker. That freedom doesn’t have to be vicious towards his villains in a way that could hurt a kid reading a comic.

In a thread where Slott answered questions about what he meant and how this advice isn’t “censorship,” the writer pointed out that it can be isolating to fans who look up to Spider-Man—especially the children who love him.

Spider-Rant:
It bugs me when Spider-Fans say that Spidey ONLY uses his jokes/quips to “disorient his foes”.

That is 1 way Spidey uses his sense of humor.

Spider-Man’s sense of humor is one of his most versatile tools in his arsenal. It’s practically one of his super powers.

He also uses his sense of humor to:

To amuse HIMSELF and put himself at ease.

To make himself appear foolish so people will underestimate him.

To strike back at jerks like Jonah, when he knows he can’t physically.

…and, of course, to goof around and bond w/ his fellow super heroes. (Even though most of them don’t really find him all that funny.) :)

Trust me. There are a zillion ways that Spidey uses his sense of humor in every story. It’s not *just* for getting on bad guys’ nerves.

One problem with Spidey’s jokes over the years…
A lot of them do NOT age well.
Like all the fat-shaming jokes he’s made to Kingpin and Doc Ock.
Or the joke he makes to Bonesaw in the first SPIDER-MAN movie.
That was not good. Almost feel like it should come with a disclaimer.

This was never about the fictional people that Spider-Man was insulting.

It was about the audience, especially the younger audience, who might share innate traits with the characters that their hero, Spider-Man, was mocking.

I get how and why Spidey insults his foes. Honest.
I wrote the character for over 10 years.
In fact, the post that we’re all commenting on spun out of a thread where I was talking about that *exact* point.
(See below.)

But this isn’t about that.https://t.co/b2pzatOYSI

Let’s be clear, if these very specific kinds of jokes (ones about innate traits that young readers might share: body image, sexual identity, for example) were no longer made by Spidey (not Deadpool, Hellblazer, or whoever, just Spidey), you wouldn’t miss them. Why? See next post.

I’m pretty sure Spider-Man fans, out of all the fans out there, would be cool with this. Because, as a wise man once wrote:

“With great power there must also come great responsibility.” pic.twitter.com/sv58dfvMu9

I agree with Dan Slott. That’s not Spider-Man. Commenting on a villain’s name or what they chose to wear as a “scary supervillain”? Fine, that’s different. But commenting on weight or making a “gay joke” or some other little quips does make him a bully, just like Slott said, and that’s not why I love him as a character.

And, more importantly, Slott just points out that the worst that happens in going with this advice is that maybe (to some readers) Spider-Man isn’t as funny, which … kind of works with his character anyway, but the up side is that kids won’t feel mocked by their favorite hero, which is absolutely worth steering clear of some specific “jokes.” He’s not saying that Deadpool or any other character who mocks should stop—just that Spidey should do better when he does, because Spidey is more than just a Marvel hero.

To so many, Spider-Man is the character they turn to for guidance or for happiness. For kids, he’s the one they know they can trust. So, having him mock certain things about his villains makes him into the bully that Flash Thompson was to him, and that’s not the Spider-Man that I know and love. So … maybe we listen to Dan Slott and just steer clear of having Spidey make these jokes? He’s not saying change the past. He’s just saying be cautious of it in the future, and I think he’s right.