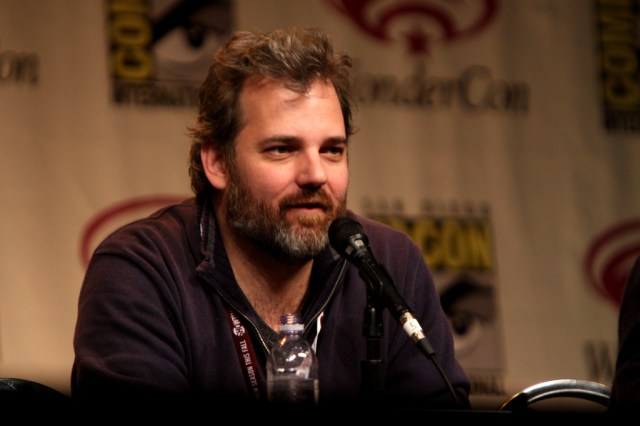 Because we live in a world where the Internet exists, Community showrunner Dan Harmon’s silence about the show’s cancellation by NBC for a whole weekend felt like pretty much forever. It was like waiting to be rescued from the bottom dream-tier in Inception. By this point, we’ve all gone mad and abandoned hope. Then, he broke his silence this morning.

In a long and fittingly humorous Tumblr post today, Harmon addressed the show’s fans, who have been reaching out to him over the past few days. Since Community and its fans are the best, most the messages to Harmon have been focused on one thing: what can we do? Send letters to NBC? Start calling Netflix? Animal sacrifice? Human sacrifice? This show is better than most people I know, anyway.

Right now, though, he wants fans to sit back, relax, and enjoy the show’s amazing five season run, which is a thing a lot of shows don’t even get:

I honestly think you can totally sit back and relax for this chapter. I know you don’t feel relaxed but I mean you don’t have to worry that someone on this planet isn’t aware of this show’s value to its audience. There are actually astronauts on a space station right now saying “we get it, you love Community” in Chinese. You have done your thing.

Well done, everyone. We’ve done all we can do, as far as Dan Harmon is concerned, but that probably won’t stop us. (Though you could put an end to this at any time, Netflix… Just saying.)

Will the show live on, though? From what he said in the full post, which you should absolutely read for yourself, it sounds like the idea has already been put forward to Harmon. However, it will take time to see what (if anything) takes shape. He says:

I will confess, however, that when Sony called me on Friday with the news, there was brief discussion at the end of the call about the concept of the show living elsewhere, and I was definitely in the “eh” column. For a million reasons, some selfish, some creative, one logistic, five sexual, three racist (in a good way) and, oddly, nine isometric. I won’t bore you with them. I mean, of course I will bore you with them. Boring you is my job, my hobby and my passion. But it doesn’t matter right now WHY I’d be lukewarm or if my reasons would be valid, what matters is, I won’t be lukewarm. I’ll heat up. I said “eh” on a Friday afternoon, I will change it to a “sure, let’s talk” on Monday morning and Sony can do their thing. I’m not going to be the guy that recancels cancelled Community.

If you want to know the God’s honest truth, part of my “eh” was coming from the unsettling thought of your passion for campaigns being once again exploited by this rather unfair, somewhat backward system, one that now treats you like it’s your responsibility to keep a show alive, like a corporation is doing you a favor by feeding you low grade opiate through a regulated tube. Like you owe them an apology when they can’t measure or monetize you to their satisfaction. You deserve better. I love you guys, and at its best, Community is me saying that over and over again, saying let’s get less mad at ourselves and each other and more mad at the inhuman systems that keep us down and divided. “Maybe it should have said less of that and more jokes.” Shut up, voice of my grade school principal that also coached and umpired softball because shrieking “steeeeeeerike” at children was his sole recourse to virility.

So, everybody chill out. We’re going to have a lack of story for a bit, but that’s probably OK.